Miami To Fine People Up To $500 For Not Wearing A Mask, Will Close Beaches On 4th Of July Weekend 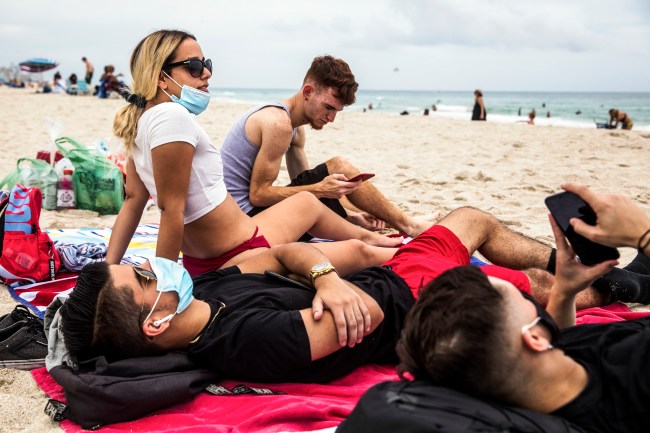 On Saturday nearly 10,000 Florida residents tested positive for Coronavirus, which is a record high for the state.

BREAKING NEWS: For the second day in a row, Florida smashed the record for new coronavirus cases, reporting 9,585 today. https://t.co/qaG4BfCdXj

Miami has been the hardest hit city in the state with over 1,500 new cases being reported on Saturday and local leaders are beginning to scramble to enact laws in an effort to combat the spread of the virus.

On Friday, Miami Dade city council passed an emergency mandate that would see people get fined up to $500 for not wearing a mask in public.

People without masks in public will first be issued a verbal warning, while a city worker will provide them with a free mask, the city said on its website. The next offense carries a $50 fine, while a third offense costs $150. A fourth offense will carry a fine of $500 — and a promise to appear in court, according to the Miami Herald, which noted that the city won’t send unpaid fines to collection agencies.

Miami-Dade County is re-closing beaches July 3rd-July 7th bc of COVID-19 surge.
"If people are not going to be responsible and protect themselves and others from this pandemic, then the government is forced to step in and restore common sense to save lives," Mayor Gimenez said.

If things continue to get worse in Miami Gimenez is promising to shut down the city again.

According to the County: The closure may be extended if conditions do not improve and people do not follow new normal rules requiring masks to be worn always inside commercial establishments and outdoors when social distancing of at least 6 feet is not possible.