Michael Jordan Speaks Out Against The Death Of George Floyd: ‘We Have Had Enough’ 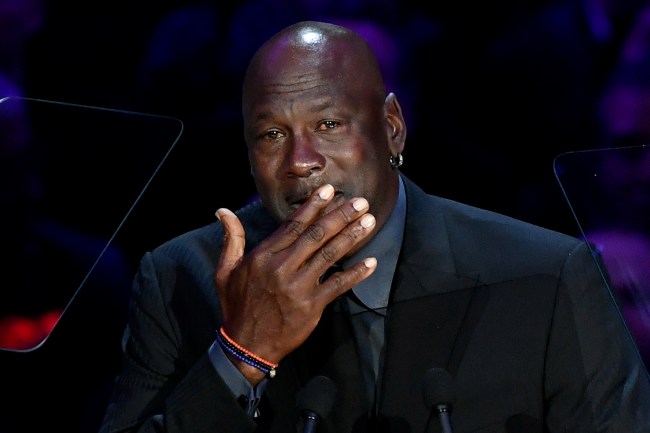 Michael Jordan, who has historically proven that he’d rather pass to Jud Buechler in crunch time than enter into politically-charged conversations, is speaking out about the death of George Floyd and the systematic racism that allowed for it to occur.

On Sunday, the owner of the Charlotte Hornets released the following statement to his 4 million followers by way of his Jumpman Twitter account:

I am deeply saddened, truly pained, and plain angry. I stand with those who are calling out the ingrained racism and violence toward people of color in our country. We have had enough.

I don’t have the answers, but our collective voices show strength and the inability to be divided by others. We must listen to each other, show compassion and empathy and never turn our backs on senseless brutality. We need to continue peaceful expressions against injustice and demand accountability. Our unified voice needs to put pressure on our leaders to change our laws, or else we need to use our vote to create systemic change. Every one of us needs to be part of the solution, and we must work together to ensure justice for all.

My heart goes out to the family of George Floyd and to the countless others whose lives have been brutally and senselessly taken through acts of racism and injustice.

Jordan is the latest roundball legend to voice his anger over the latest display of gross injustice. LeBron James took to Twitter amid protests in 30 American cities, posing the question, “Why doesn’t America love us?” Kareem Abdul-Jabbar defended the protests in a powerful op-ed for the Los Angeles Times on Saturday writing that the looting of businesses is a byproduct of a broken system.

“African Americans have been living in a burning building for many years, choking on the smoke as the flames burn closer and closer. Racism in America is like dust in the air. It seems invisible — even if you’re choking on it — until you let the sun in. Then you see it’s everywhere,” Abdul-Jabbar wrote.

Derek Chauvin, the officer who killed Floyd, is now in custody at the Oak Park Heights prison, a maximum-security facility in in Minnesota.