Michael Keaton In Talks To Return As Batman In ‘The Flash’ 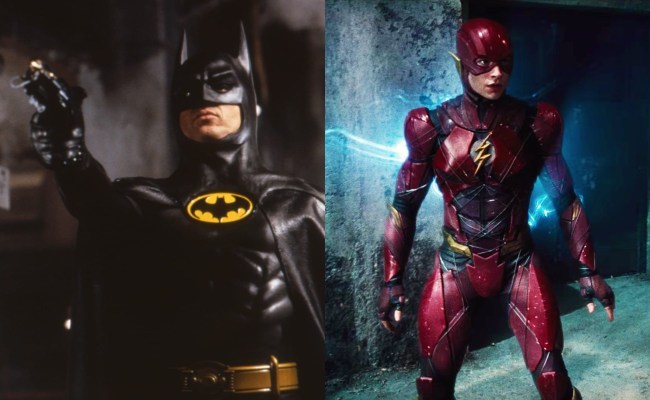 If you’re an unabashed nerd like myself, this news is legitimately jaw-dropping: according to reports, Michael Keaton is set to reprise his role as BATMAN in the upcoming film The Flash as Warner Bros. and DC are set to introduce fans to the concept of the multiverse.

After nearly 30 years, Michael Keaton is in talks to return to the role of Batman, to appear alongside Ezra Miller in Warner Bros.’ upcoming movie “The Flash,” TheWrap has learned exclusively. Talks with Keaton are in the very early stages, it is far from a sure thing, and can go either way. No details are currently available about how big or small Keaton’s role is. [via The Wrap]

While The Wrap says they’re unsure how big Keaton’s role is, industry insider Daniel Richtman says he will “co-star”. There are also reports that Keaton’s Bruce Wayne will serve as a mentor to other characters — in a Nick Fury-esque role — across various DC Comics films, such as Batgirl.

If these talks make, sources say Keaton could end up playing Batman in a mentor capacity, a bit like Sam Jackson's Nick Fury, and appear in multiple movies. BATGIRL is one of the possible projects. https://t.co/3FTuQQplZn

The plot of The Flash will reportedly introduce audiences to the concept of the multiverse, which is a key pillar of DC Comics history. Perhaps the most famed multiverse-spanning story, Flashpoint, sees The Flash travel to an alternate universe where Bruce Wayne was killed in a mugging, leading his father Thomas Wayne to become Batman.

As for how this will affect Robert Pattinson’s The Batman — it won’t. At this time, all reports seem to indicate that whatever director Matt Reeves and Pattison are working on will be a standalone trilogy in the vein of Joker.

After spending a few years in developmental hell, The Flash — which is set to be helmed by IT director Andy Muschietti — is currently set to hit theaters in the summer of 2022.

RELATED: ‘The Flash’ Director Confirms The Film Will Be Based On An Iconic Storyline