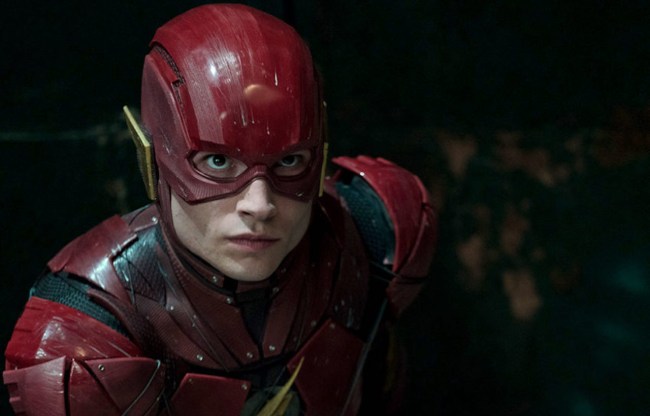 For all of the various faults that are layered throughout Justice League, one of the film’s strongest aspects is Ezra Miller’s Barry Allen, a.k.a. The Flash.

Yet, given the way that Justice League’s failure shook up the DCEU and Warner Bros’ plans for it, The Flash was more or less put on the back burner, as the film was originally (when it was announced in 2014) supposed to be released in 2018. Yikes, indeed.

After a handful of years that saw multiple writers and directors (Phil Lord and Chris Miller, Seth Grahame-Smith, Rick Famuyiwa, John Francis Daley, Jonathan Goldstein, yada yada) enter and exit the film, the project finally seemed to stabilize this summer when IT director Andy Muschietti was hired to take over.

Having spent the last half-year developing the film, Muschietti now has a better idea of what exactly fans can expect, as he recently told That Hashtag Show that while the film will be based on the iconic 2011 story Flashpoint, it won’t necessarily be a carbon copy:

“[The movie will be a] different version of Flashpoint than you’re expecting,” Muschietti said.

Originally published in 2011, Flashpoint brought about epic changes to the DC Comics universe, as it allowed the company to introduce their relaunch “The New 52” later that year. In layman’s term, Flashpoint blew up the chessboard and all of the pieces on it and provided DC with a clean slate.

Here’s the synopsis for Flashpoint in its simplest form:

The Flash causes a temporal ripple that creates a fractured reality where the Justice League has never formed, Superman does not exist and a war rages between Wonder Woman and Aquaman. Flash teams with Batman and Cyborg to restore the timeline.

While adapting this story for the big screen is certainly ambitious, if Warner Bros. is able to pull it off, The Flash will be an absolutely massive success.