Michael Keaton, Star Of Both ‘Batman’ And ‘Spider-Man’ Films, Takes A Dump On Comic Book Movies 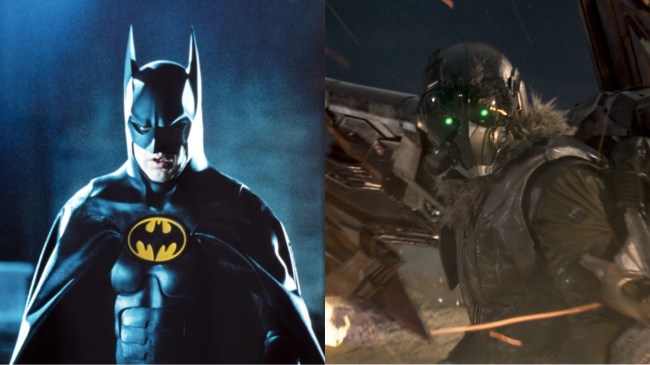 Michael Keaton is like Tom Hanks minus the weird QAnon conspiracy theories that follow him: everybody (relatively normal) loves him. Have you ever met someone who doesn’t like Michael Keaton? He’s Batman, after all. *THE* Batman.

The beloved actor may have made some new enemies in the comic book movie genre, though, as the actor recently claimed he has “other shit to do” instead of watching Marvel or DC movies.

While Keaton caveated the sentence by saying there are “very little things” that he watches, that still doesn’t lessen the impact of BATMAN HIMSELF saying he’s never finished a comic book film. Not only has Keaton starred as Batman, by the way, but he also appeared as Vulture in Spider-Man: Homecoming.

“I know people don’t believe this, that I’ve never seen an entire version of any of those movies — any Marvel movie, any other. And I don’t say that I don’t watch that because I’m highbrow — trust me! It’s not that,” Keaton said during an interview with Variety. “It’s just that there’s very little things I watch. I start watching something, and think it is great and I watch three episodes, but I have other shit to do!”

What makes Keaton’s comments even funnier is that he’s set to return as the Dark Knight in both The Flash and Batgirl, both of which are set to release in 2023. The Flash is a particularly interesting project and it’s not only set to entirely reshape the DCEU but it stars the increasingly controversial Ezra Miller in the lead role.