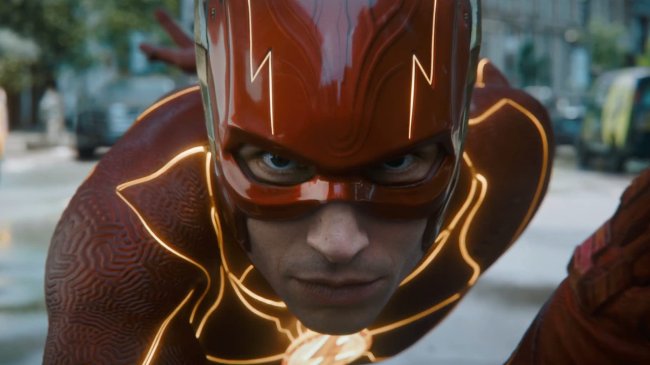 While the film isn’t scheduled to hit theaters in the United States until June 2023, test screenings for DC’s upcoming superhero epic The Flash have begun, and according to reports, the film is being “extraordinarily well received.”

The report about test screenings for The Flash comes a few weeks after its star, Ezra Miller, was arrested in Hawaii on multiple occasions.

In late March, Miller was arrested and charged with disorderly conduct and harassment after an alleged altercation with fellow patrons at a local Hawaiian karaoke bar. Then, in April, Miller was taken into custody for second-degree assault after they allegedly threw a chair and hit someone in the head after they were told to leave a private get-together.

Due to Miller’s recent legal issues, there has been speculation among fans that Warner Bros. and DC would look to recast the role of Barry Allen. However, according to Variety, that’s simply not possible at this stage as it would require reshooting the entire film, which features Miller in “just about every scene.”

Warner Bros. not considering recasting Ezra Miller’s role in The Flash because it would be too expensive

Barring unforeseen developments, sources say, Warners is barreling ahead with intention to give the superhero film the full blockbuster treatment. The Flash simply cost too much money to scrap the project entirely and it likely will not generate the revenues needed to turn a profit without playing in theaters.

Insiders say it would not be possible to replace Miller without reshooting the entire movie. They are in just about every scene, and there is not enough digital technology in existence to configure that magic without going back to square one. And redoing the entire film is not a realistic proposition for any movie — much less one that wrapped production months ago and already cost hundreds of millions. [via Variety]

The Flash, which stars Miller, Michael Keaton as Batman, Ben Affleck as Batman, Sasha Calle as Supergirl, Michael Shannon as General Zod, Kiersey Clemons as Iris West, and Ron Livingston as Henry Allen, is currently scheduled to theaters in the United States on June 23, 2023.