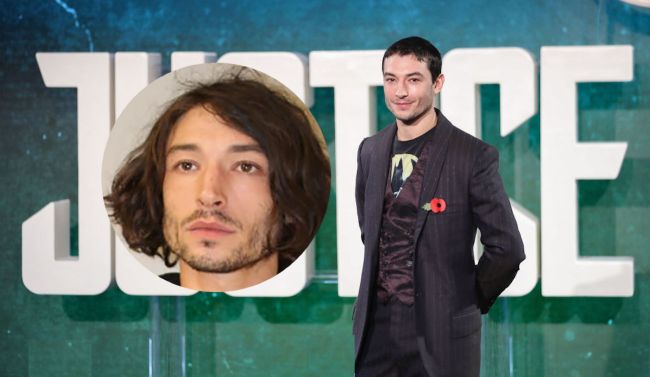 The Flash actor Ezra Miller has been making quite a few headlines on the Hawaiian islands in recent weeks. In late March, the 29-year-old actor was arrested for allegedly “yelling obscenities, grabbing a mic from a singing woman and lunging at a man playing darts” while at a bar.

Then, just hours after his release, police were again called to Miller’s location. Staying “with” a couple at a hostel, Miller allegedly “burst into the bedroom [of the couple] and threatened the alleged male victim by saying ‘I will bury you and your slut wife.”

Miller’s troubles didn’t end there, though, as The Flash star was arrested once again earlier this week for apparently “becoming irate after being asked to leave and reportedly throwing a chair, striking a 26-year-old female on the forehead, resulting in an approximate half-inch cut.”

Despite his recent legal troubles, Miller was spotted at what appeared to be a party — a DJ is playing music while the actor appears to be smoking something — just a few feet away from a television set that was airing a news report about his arrest.

Given all of the controversy that has surrounded the actor, DCEU fans are speculating what it means as his future of Barry Allen in the franchise, as The Flash is set to hit theaters next June.

RELATED: Ezra Miller Arrested In Hawaii Again, Movie Fans Think It’s The End Of His Flash In The DCEU