Ezra Miller Arrested In Hawaii Again, Movie Fans Think It’s The End Of His Flash In The DCEU 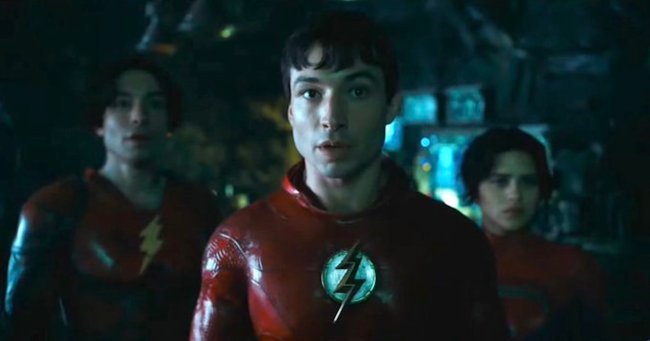 After previously being arrested in Hawaii in late March, The Flash star Ezra Miller has once again found themselves in trouble, as the 29-year-old actor has been arrested for second-degree assault.

According to a report from Variety, Miller was arrested early Tuesday after… officers responded to a report of an assault that occurred at a get together at a private residence in the Leilani Estates subdivision in lower Puna.”

Police eventually determined that Miller, who stars as Barry Allen in the DC Extended Universe, “became irate after being asked to leave and reportedly threw a chair, striking a 26-year-old female on the forehead, resulting in an approximate half-inch cut.”

Late last March, Miller allegedly “yelled obscenities, grabbed a mic from a singing woman and lunged at a man playing darts” while at a bar, leading to his first arrest. Then, just hours after his release, Miller — staying “with” a couple at a hostel — allegedly “burst into the bedroom [of the couple] and threatened the alleged male victim by saying ‘I will bury you and your slut wife.”

As a result of Miller’s actions, executives at Warner Bros. recently held an “emergency meeting” about his future with the studio and ultimately determined to put any projects involving the actor on pause.

Following the reports of Miller’s arrest, movie fans took to Twitter to speculate on how this late development will affect the future of the DCEU, which was set to use The Flash as something of a soft-reboot of the franchise:

it's absolutely wild that ezra miller is still in major roles in DC and Harry Potter despite regularly assaulting people, but johnny depp has been fired from multiple roles because he was abused https://t.co/haTuI5CgQ0

if you're in hawaii the possibility of getting assaulted by ezra miller is low but never zero https://t.co/PJcTpyYyIl

How the hell is Ezra Miller still the Flash?

Ezra Miller as soon as they enter any public space in Hawaii:

You are more likely to get assaulted by Ezra Miller in Hawaii than eaten by a shark https://t.co/epZlbxQQng

The Flash, which is set to star Ezra Miller as (at least) two different versions of the character, in addition to Michael Keaton as Batman, Bruce Wayne as Batman, and Sasha Calle as Supergirl, will hit theaters in the United States on June 23, 2023.