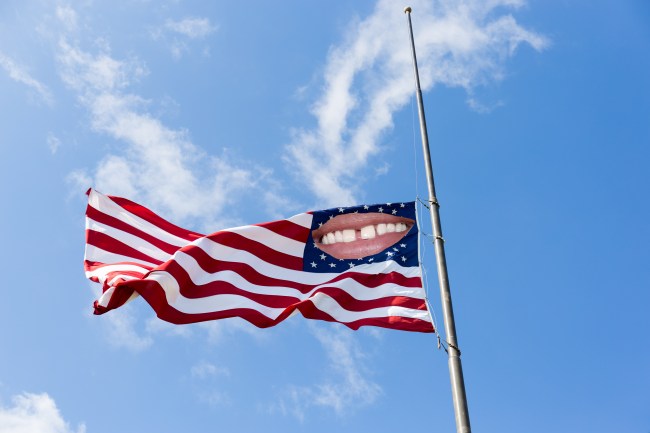 Strahan abandoned his civic duty over the weekend when he recruited cosmetic dentist and ex-patriot Dr. Lee Gause to fill the only gap bringing America together from 7-9 am weekdays on ABC.

Warning: Footage may be disturbing for viewers who still believe there is hope for this nation, even after we let a group of GameStop loiterers overrun a federal building and green-lit season 3 of My 600-Lb. Life.

Throw Lady Liberty in a rare-naked chokehold? Gather the family in a German-made car to Sharpie a set of balls on the faces of Mount Rushmore? Forcefully remove Guy Fieri as the mayor of Flavortown? How much more are we willing to debase ourselves.

I mean… if @michaelstrahan did it.. I gotta do it right? https://t.co/jLWzShHmSq

Maybe Michael Strahan didn’t “fix” his tooth gap because he wanted to. Maybe he fixed it because we made him feel like something was broken.

Every day we stray further from God.

Michael, if this is some morbid April Fool’s joke, it’s run its course. This pandemic has already made us vulnerable enough to spend $2,000 on stationary bikes, we have no bandwidth left your shenanigans.

I’m giving you 24 hours to bring back the tooth gap before this Change.org petition goes live. Ball’s in your court.