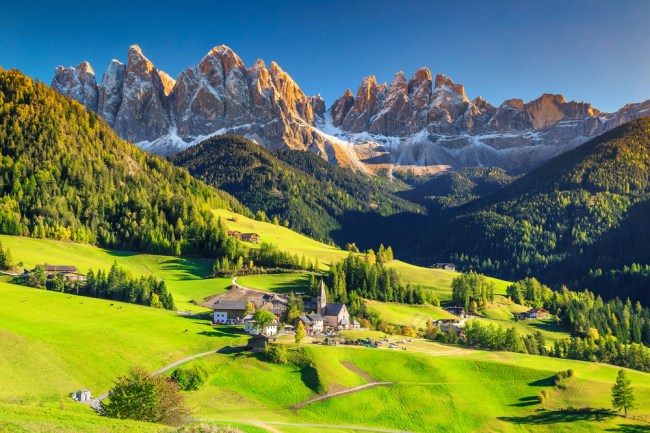 Lemanski started his amazing journey in April of 2016. Over the next 18 months, he walked along the E3 path from Istanbul, Turkey to Lisbon, Portugal. Despite blisters and trench foot, Chris continued his cross-Europe march through 14 countries. Lemanski called his epic hike a “trial by error” and said he often planned his route as he walked.

Chris walked an average of 25 per day before pitching his tent each night. He met many locals who invited him to crash in their backyards and barns. “They were excited to meet a foreigner,” he said. “People responded very well most of the time.” Chris said he was able to “save money” and then “bought a ukulele and played on the streets” to have enough funds to feed himself. He said that generous people also bought him beers and dinners.

“You realize you’re much stronger than you think you are,” Lemanski said of his unbelievable journey. The walking helped his anxiety and brought him inner peace. “I like the challenge and mediation of walking,” he said. “It wasn’t that much fun, to be honest, but once you get used to it, you keep going. It’s either you get yourself there or no one will.” One of the things that helped him get through this tremendous trek was singing Aqua’s “Barbie Girl” was sung many times along the way. How could you not be motivated by the inspiring lyrics such as, “I’m a Barbie girl, in a Barbie world, Life in plastic, it’s fantastic.” So galvanizing!

When asked what his plans are for his next excursion, Chris said, “Who knows? Maybe I’ll go to the Peace Corp. Maybe I’ll go to Germany to get my masters or teach English in China,” he said. This song is dedicated to you, Chris.