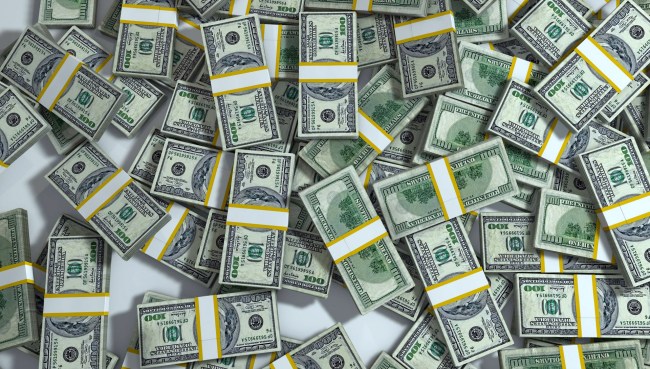 That’s right. He not only was lucky enough to win $4 million from a scratch-off lottery ticket, he freaking did it twice!

“You don’t think you’ll win millions once, and you definitely never think it would happen twice,” Clark said. “It’s hard to put into words exactly what I am feeling.”

Can someone please calculate the odds of this happening for me? Never mind. There isn’t a number high enough. This literally should be impossible.

A South Rockwood man has won $4 million with an instant lottery ticket, his second big win from the Michigan Lottery in less than three years. https://t.co/A8LzdGbpDP

“I scratched the ticket off in the store with a coin my dad gave me about 10 years ago,” said Clark. “We lost him about a year ago after some health struggles, and I can’t help but think maybe that lucky coin helped me win this.

“After the first win, I retired from my job and spent a lot of time fishing. My dad and I always used to fish together and have great memories of that, so this will help me keep fishing and enjoying time with my son and family.”

The first time around Clark took the lump sum rather than the annuity and will be taking the lump sum of again this time which comes out to $2.5 million.

HOWEVER, of the 2,298,144 prizes that one could win with this particular scratch-off ticket, there were only three $4 million prizes.

Lottery officials said in the announcement that Clark “may be the luckiest man in Monroe County.”

Screw that, Clark may be the luckiest man on the planet.

“I’ve had a lot of ups and a lot of downs in my life, but everything is pretty amazing right now,” Clark said.