Mike Tyson Bringing Marijuana Ranch To The Caribbean, Chokes Up After Taking Big Weed Hits With Rastafari Elder In Antigua 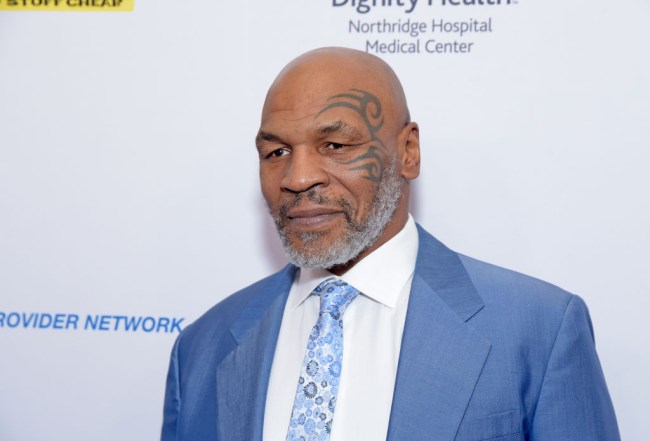 Mike Tyson has made a lot of headlines for his luxury marijuana ranch near Desert Hot Springs, California. Now the former heavyweight boxer turned cannabis entrepreneur is ready to expand his weed business to the Caribbean.

Mike Tyson is developing the Tyson Ranch, a 418-acre weed-friendly hotel and paradise that plans to have the world’s longest lazy river. The glorious bud and breakfast that broke ground in December 2017, will have a concert amphitheater, golf course, and “glamping” grounds.

Now, Iron Mike will bring his Tyson Ranch premise to the Caribbean. Tyson wants to expand his cannabis empire to Antigua and Barbados. Tyson is so serious about branching out to the Caribbean that he met with Antigua’s Prime Minister Gaston Browne.

Tyson wants to help make Antigua and Barbuda become a “powerhouse” by way of building on the intrigue of cannabis. “It will be good for the country and will bring in much-needed funds to help your economy,” Tyson said of the potential weed business.

Mike Tyson said he plans to start an annual cannabis conference beginning in April of 2020, which is of course 4/20. “[The conference] will be like the Davos of cannabis; it will take place on an annual basis and will bring stakeholders from throughout the globe for that matter right here on Antigua to discuss various opportunities within the industry,” Iron Mike explained.

Antigua and Barbuda are still attempting to recover from devastating Hurricanes Irma and Maria in 2017. Cannabis was previously illegal in Antigua and Barbados. Iron Mike owns Tyson Holistic Holdings, which founded the Tyson Ranch, sells marijuana strains, edibles, and merchandise.

While he was in Antigua, Tyson hung out with the Rastafarian community, which makes perfect sense since the Abrahamic religion often uses weed during their ceremonies. The Antiguan government previously persecuted the Rastafarians for their marijuana usage when pot was illegal.

Iron Mike met a Rastafarian elder to smoke some herb. The Rastafari elder offered Mike a peace pipe, and it was gigantic. “The god of ganja is here, at the Rasta camp!” Tyson said before he took a giant toke.

Tyson took big hits and ended up choking. The Rastafari laughed and told Tyson, “That’s the knockout punch right there!”