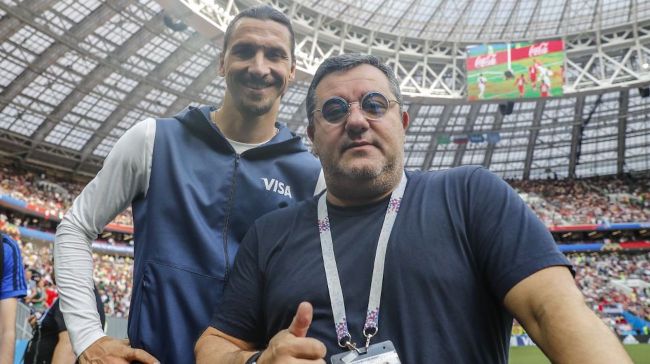 In American sports, Drew Rosenhaus is probably the lone sports agent with name recognition. He’s probably the only sports agent you’ve ever heard of, in fact. In the world of international football, his equivalent is Mino Raiola, who has represented the likes of Paul Pogba, Zlatan Ibrahimovic, Romelu Lukaku, and more.

Early on Thursday morning, reports were spreading on Twitter that the 54-year-old “super-agent” had passed away. However, Raiola is not only alive and well, but he released a hilariously baller statement in response to the reports of his early demise.

“Current health status for the ones wondering: pissed off second time in 4 months they kill me. Seem also able to resuscitate,” Raiola said in his brief official statement.

An Italian doctor also released a statement on Raiola’s condition, saying that he’s “outraged by the phone calls from pseudo-journalists speculating on the life of a man who is fighting to survive.”

Mino Raiola official statement: “Current health status for the ones wondering: pissed off second time in 4 months they kill me. Seem also able to ressuscitate”. 🚨

Dr. Alberto Zangrillo from San Raffaele Hospital in Milano tells Ansa on Mino Raiola conditions: “I’m outraged by the phone calls from pseudo-journalists speculating on the life of a man who is fighting to survive”.

Raiola is on the verge of yet another mega-deal as he’s currently representing Norwegian Borussia Dortmund striker Erling Haaland, who is expected to be sold to Manchester City for a fee north of $100 million. Still just 21-years-old, Haaland has already been tapped as one of the sport’s next great superstars, which will surely result in a massive financial windfall for both the goalscorer himself and his agent.

The 54-year-old dealmaker will also be negotiating a new contract for 29-year-old French midfielder Paul Pogba who looks set to leave Manchester United after a tumultuous six-year stint in the Premier League.

Pep when Mino Raiola turns up at the Haaland contract talks
pic.twitter.com/QAWMbLRV6H