Mitt Romney Proposes Government Give Every American Adult A $1,000 Check In These Trying Times 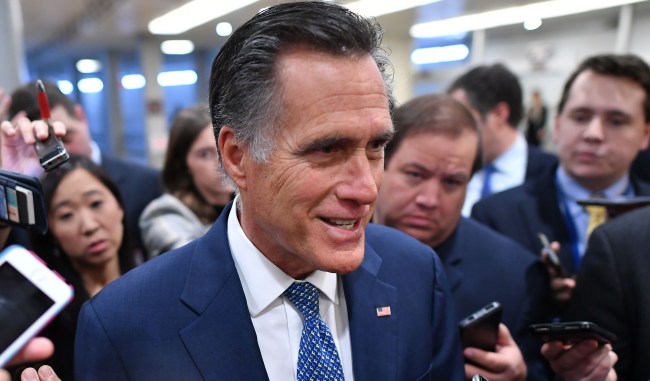 Senator Mitt Romney wants to fund your Memorial Day weekend, which promises to be the most lit MDW in this country’s history if we promise not to sneeze into each other’s mouths for the next month.

In a series of proposals outlined by Romney, the Utah Senator advised Congress give every American over the age of 18 $1,000 to deal with the burden associated with coronavirus.

“Every American adult should immediately receive $1,000 to help ensure families and workers can meet their short-term obligations and increase spending in the economy,” the Utah Republican wrote.

“Congress took similar action during the 2001 and 2008 recessions. While expansions of paid leave, unemployment insurance, and SNAP benefits are crucial, the check will help fill the gaps for Americans that may not quickly navigate different government options.”

According to the New York Post, Romney’s other policy proposals included “providing grants to small businesses and allowing loan deferments for recent graduates impacted by the virus.”

Imagine telling someone in 2012 that within a decade, Democrats would be struggling to get to the left of Mitt Romney on recession stimulus.

Romney’s proposal differs from the Universal Basic Income idea put forth by Andrew Yang in that it is a one-time payment rather than a recurring one. A spokeswoman for Romney said that the idea “is a one-time payment intended to help families and individuals with immediate needs, not a broader UBI proposal.”

Yang appeared on CNN and claims “it should be $1,000 per month of the crisis.”

Mitt Romney "has joined the Yang gang," says former presidential candidate Andrew Yang about Romney's proposal to give $1,000 to every American adult as a coronavirus response measure. "It should be a $1,000 per month of the crisis." https://t.co/r0uBR7YYNE pic.twitter.com/KYYZZbL7Gn

Let me know if you need my bank router number. I’m cool with direct deposit.