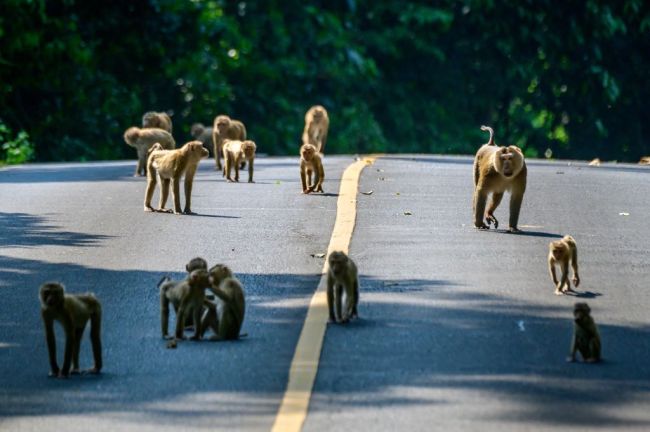 As COVID-19 continues to keep tourists out of foreign countries, the effects extend beyond that of local economies. In Thailand, a lack of visitors is causing rival monkey gangs to violently brawl in the streets.

The street monkeys in Lopburi, Thailand are notorious to the point that it is called The City of Monkeys by many. However, the monkeys have found themselves lacking food from the tourists amid the country’s third lockdown.

As a result, the macaques monkeys are fighting violent battles in the streets as rival gangs try to determine who controls Lopburi.

In a sense, it is the city versus the country. The battles are grueling.

Hundreds of hungry monkeys were seen brawling over food in #Thailand as the pandemic causes a drop in tourists who usually feed them.

According to local media, the animals were from “rival gangs” made up of monkeys who dwell in the city and those from the temple areas.#thai pic.twitter.com/rajO394EOB

This is not the first time that these same monkeys have been in the headlines since the start of the COVID-19 pandemic. Last summer, around this time, the macaques were first dealing with the ramifications from a lack of tourism.

Unable to receive their normal feed from visitors, the monkeys were eating themselves to death through junk food or whatever they could get their hands on. Police literally could not control the population that overran the city.

Unable to eat, the monkeys went mad and turned sex-crazed. Things got so bad that the monkeys had to be sterilized.

For sake of the world and the macaques monkeys, let’s hope life returns to normal soon.