Artist Masterfully Trolls Police With Car Made Out Of Snow 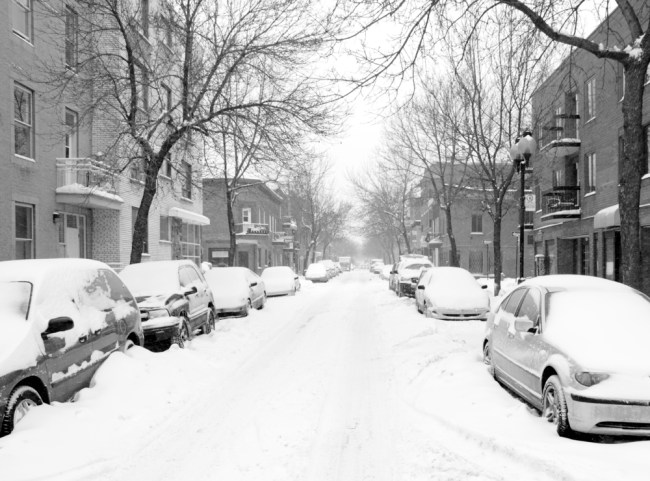 While most of the country has been digging itself out of snow and ice over the last month from the several winter storms that have crippled many areas of this great nation, one artist is using the massive snowfall to troll police. Simon Laprise, a 33-year-old artist and machinist at L.S.D. Laprise Simon Designs, decided to use the heavy snowfall to prank police officers with a car made out of snow. Even Canadian vandalism is nicer.

We take you to Montreal, Canada to where Laprise created a fake DeLorean DMC-12 like in Back to the Future made out of a foot of snow that fell. Where we’re going, we definitely need snow. He created a fake automobile out of snow and even included a windshield wiper on the car’s fake windshield. It took the artist four hours to complete his frozen work of art. Laprise’s creation was so authentic that police thought the snow mound was an actual car and pulled over to give the vehicle a ticket.

Laprise snapped a photo of the cop preparing to give the mound of snow a ticket, but the officer then realizing that it was only a mound of snow. Instead of a ticket, the cop left a note on the fake car that said, “You made our night!! Hahahahaha :)”. The car was eventually demolished by snow removal crews. Way to respect an artist’s hard work. Fake snow cars > snowmen.