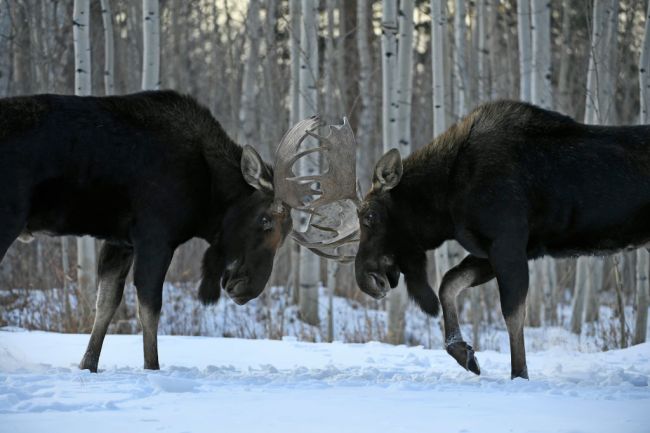 For most of the year, moose lead fairly uneventful lives. During winter, spring and summer, they eat, rest, and move to the next place to eat and rest.

However, during autumn, moose become social and the mating season (also known as rutting) begins. Behaviors that have been mostly dormant for the rest of the year emerge and moose engage in rituals related solely to reproduction.

That was certainly the case in Boulder County, Colorado.

Local Coloradan Jake Wheeler went out for a hike and parked his Mercedes at the trailhead. Upon his return, he found his car scratched up pretty good.

There was also a note.

“I was just driving by and saw a moose attacking your car. Text me at (phone number) for the video. I tried scaring it off but the damage was done.”

A big part of the mating process is showing dominance.

Male moose fight over females and territory, which they hope is full of females. The point is not to gore the other moose with its antlers, but to push harder and show that he is stronger.

Whichever moose can move its opponent out of the way wins and the loser moves on. In this Colorado case, neither moose could be declared the victor, because, well, he was fighting himself.