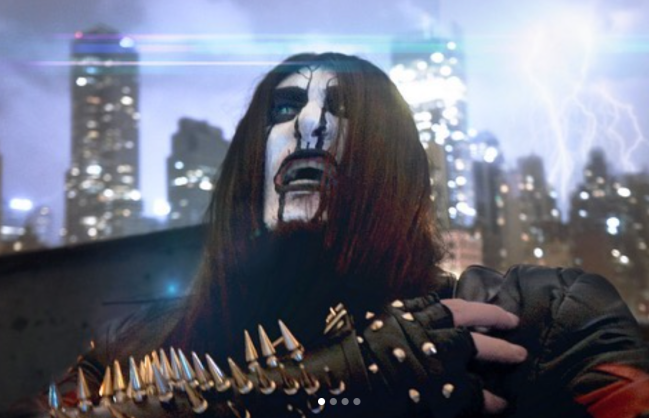 If you haven’t yet watched Netflix’s Crime Scene: The Vanishing At The Cecil Hotel, I highly recommend it. The reviews aren’t great on Rotten Tomatoes, but as someone who had no awareness of the Elisa Lam case back in 2013, I was captivated. Maybe that makes me a simple fish. Who cares. I like what I like. Get stuffed, true crime documentary purists.

What stuck with me the most, however, was how the online sleuthing community ruined the life of Pablo Vergara, aka Morbid—the black metal musician who suffered collateral damage as a result of some very tenuous, coincidental connections to the case. These keyboard detectives found “their guy,” swarmed him like a horde of locusts, picked the bones clean, and then—when it became clear that not only did he have NOTHING to do with the case, but NOBODY had murdered her—they simply… moved on. No apology, no contrition, no consequences. Ho hum, just took away this guy’s livelihood and crushed his dreams, sorry we’re not sorry.

The guy stayed at the Cecil Hotel for three days, one year before Elisa Lam stayed there and went missing. When the online community took interest in her case, someone found a post from Pablo’s page showing that he’d stayed at the Cecil. From there, they found his music videos, which are DARK—the lyrics are all about doom and death. I’m more of a Maggie Rogers guy myself, but that doesn’t mean I’m going to categorically insist that he murdered a woman in 2013. Why? Because my brain, like the brains of other rational humans, tells me that Pablo’s music videos are a performance. He is wearing makeup. He is holding a guitar. The guy he is in real life isn’t the guy he pretends to be in his music videos. Just because James Gandolfini (RIP) murdered people as Tony Soprano doesn’t mean that he’s out there strangling guys in the woods of Maine for real. In other news, Brie Larson can’t fly and Johnny Depp isn’t a pirate.

Since when did we lose the ability to distinguish between reality and performance?

Pablo admits that the internet community was so relentless in pursuing him, canceling him, and tying him  to this “murder” that he lost hope, faith, and ultimately tried to kill himself. And who could blame him? How do you combat an army of invisible, anonymous usernames who are hell-bent on putting you away for a crime you had NOTHING TO DO WITH?

It honestly terrifies me. I’m a comedian, and I’ve got work out there that might look bad under the wrong light. I had a joke where I talked about how I was trying to improve my standing in my grandparents’ will before they pass away. If my grandparents were to die from somewhat unusual circumstances, and internet sleuths took interest and found my jokes, would I suddenly become a suspect? Would they send me death threats and make it impossible for me to work? Would they message comedy clubs that I had murdered my grandparents, simply because I told a joke that looked bad after the fact?

It looks like Pablo has decided to try making music again. He started a GoFundMe to raise some money for his new projects. Feels like every single Facebook warrior who accused him of murdering Elisa Lam should be REQUIRED to donate a minimum of $100, but here’s the link if you also felt your heart break for this guy:

Good luck, Pablo. I hope you continue making music and films and become a massive star. Or, at the very least, I hope you win a major lawsuit against Facebook and Twitter for allowing these idiotic basement slugs to defame you with their fake news accusations.