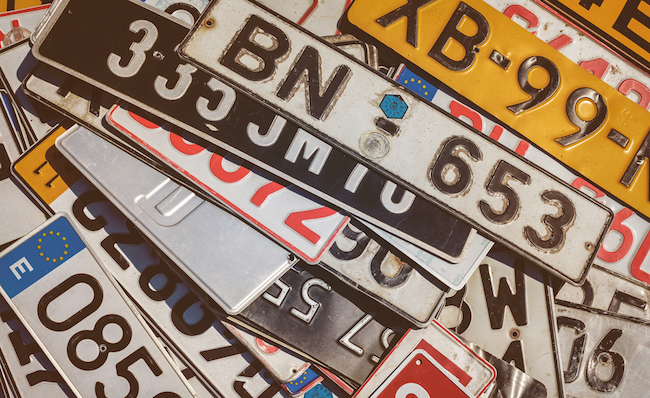 If you’re a normal person, the most you’ve probably ever paid for a license plate was whatever it cost to get a couple of rectangles showcasing a random series of numbers and letters stamped into a piece of metal by a prisoner getting paid 37 cents an hour. There’s a chance you might have splurged for a special plate dedicated to “conservation” so you can feel slightly better about yourself while destroying the environment, and even if you cared enough to get a vanity plate, I’m willing to bet you didn’t have to break the bank on the off chance the DMV approved your request for “8008S.”

However, some people take their car identification very, very seriously. A few years ago, I learned about the cutthroat nature of the license plate game in Dubai, where managing to land a single digit on yours is apparently considered a status symbol. Someone dropped $9 million for the rights to the number “5” a few years ago, but that’s chump change compared to the asking price for a plate in the United Kingdom.

According to The Express, a car customizer named Afzal Kahn is putting up the “F1” plate he has screwed to the back of his Bugatti Veyron up for sale for £15,000,000 (around $21 million in normal money, which I will use from now on). He originally purchased the plate 10 years ago for $625,000— a record high in the country at the time— and now he’s hoping there’s someone out there who wants to put “Owner of the World’s Most Expensive License Plate” on their CV.

Someone previously offered Kahn $8.5 million for the plate, which he apparently took as an insult and a challenge. I’d like to personally thank him for bringing us one step closer to the proletarian revolution.