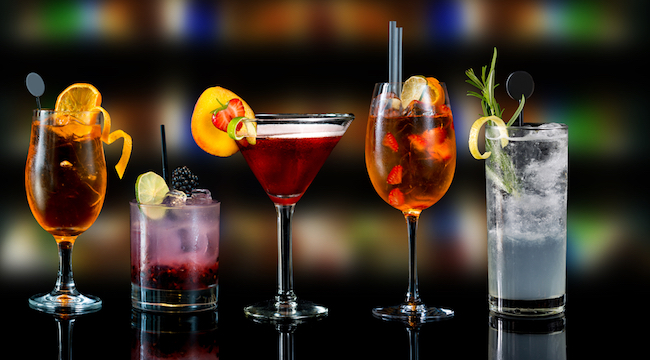 Over the past few years. the time-honored tradition of brunch has become engaged in a cultural conflict that rivals the War on Christmas due to avocado toast preventing millennials for buying houses and cities deciding to infringe on people’s freedom to get irresponsibly drunk far too early in the day. There are plenty of things you can point to if you’re looking for a reason the country has become increasingly polarized but I have to imagine this had to play at least some part.

Thankfully, it appears plenty of people have joined The Resistance in an attempt to repel this assault on one of the younger generation’s sacred customs. A group of people at Versus Reviews reason analyzed search data to find out the cocktail every state in America searches for the most, and while there are a few ways you can interpret the results, the fact that nine states had a classic brunch drink as their number one cocktail gives me hope for the future. 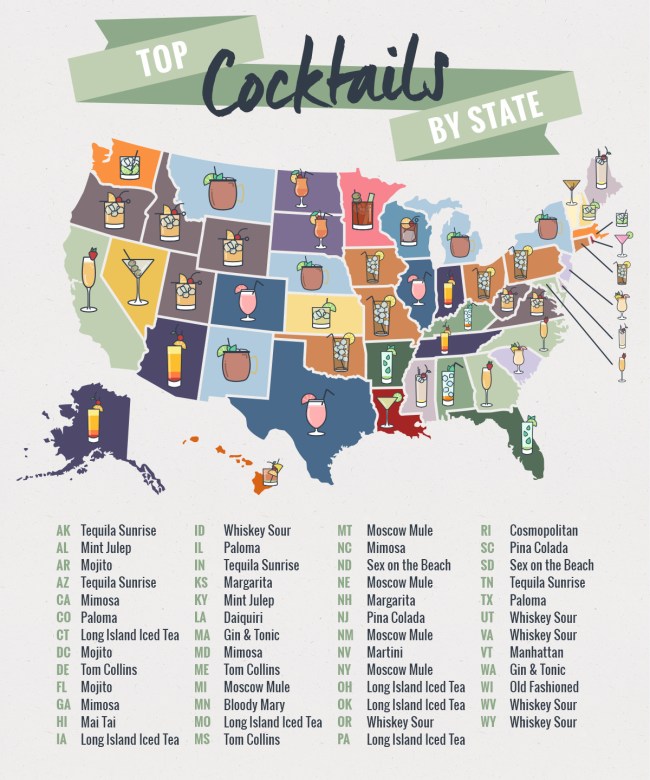 I’m operating under the assumption that most people search for these terms in pursuit of a recipe for each cocktail, so I have to say I’m fairly disappointed in the four states that had to look up what a mimosa was. Based on that thesis, it also makes sense for Long Island Ice Tea (which is every bartender’s worst nightmare based both on the number of ingredients in the bar and eventually having to having to deal with the drunk 20-something who ordered four of them) was one of the most popular cocktails.

I’d also like to congratulate Nevada for managing to portray itself as so much classier than it actually is.