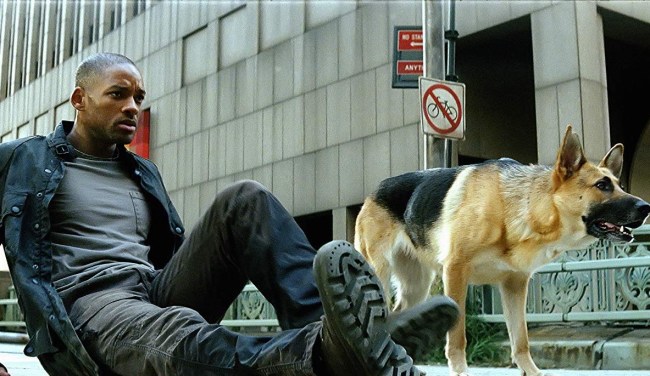 The Big Cancel has swept through the nation, and the planet, like wildfire.

Schools, restaurants, gyms, movie theaters, barbershops, bars — they’re all closed. Airports and borders have essentially been shut down. The stock market is in free fall and employees across the country are working from home at a rate this nation has never seen. People, for better or for worse, have more time on their hands than they know what to do with.

Luckily for me, though, I am uniquely equipped to survive this stuck-at-home-for-a-month nightmare scenario that we’re currently living through, as years of movie and television consumption has essentially made my brain a pop culture encyclopedia.

So, because of that, I figured I’d apply my otherwise useless entertainment knowledge to put together a movie list for those who currently find themselves in the post-apocalyptic mood. You know how people begin watching Christmas movies after Thanksgiving? Consider this the same, except instead of Christmas, it’s The Big Cancel.

Here are ten movies to watch if you just really wanna freak yourself TF out.

For me, I Am Legend is the reigning heavyweight champion of post-apocalyptic cinema. Simply the GOAT. Will Smith’s performance is sneakily one of the best of his career.

This is it — the big one. Ever since The Big Cancel swept into our lives a few weeks ago, Contagion has been the go-to talking point when it comes to apocalyptic content. Perhaps a little too-close-for-comfort for some, Contagion will absolutely freak you TF with its intense levels of realism.

Arguably the best zombie franchise to be released during my lifetime. The original — helmed by Steve Jobs and Slumdog Millionaire director Danny Boyle — is a modern horror classic.

Seeking A Friend For The End Of The World

A rom-com! About… the apocalypse? Well, uhhh…. okay, then? It’s a bizarre premise for sure, but Steve Carrell’s endless likability and Keira Knightly’s overwhelming charm make this one worth watching.

Brad Pitt’s hair in this movie is reason enough to give it a re-watch.

This one has nothing to really do with viruses or apocalypses or world-ending scenarios, it’s just a wild fucking movie that certainly falls under the criteria of “freaking you TF out”.

This Is The End / Shaun of the Dead

Conversely, while neither of these movies will freak you TF out — in fact, quite the opposite — they certainly qualify as end-of-the-world flicks.