Guy Known As ‘Mr. Skull Face’ Cut Off His Ears And Keeps Them In Jar In His House 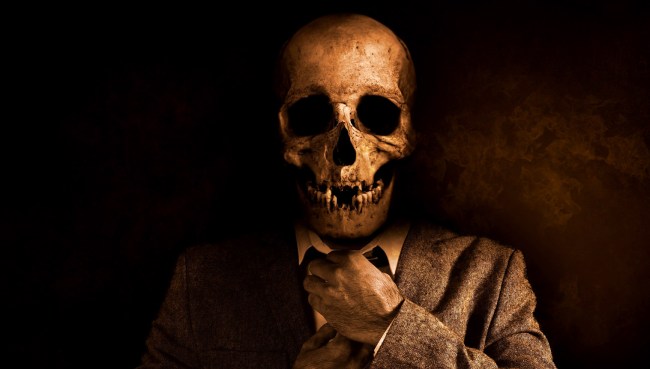 You may find this hard to believe, but a 39-year-old man who is known by the name Mr. Skull Face because he chopped off his ears is currently unemployed.

This man, Sandro from Finsterwalde, Germany, is also, shockingly, not currently in a relationship either.

It may or may not have something to do with the fact that, according to the Mirror (who has some not safe for life photos of Sandro), he has undergone 17 extreme body modifications including forehead implants, forearm implants, back of the hand implants, an under the skin payment implant, and tongue splitting.

Mr. Skull Face says he gets a lot of negative attention from people calling him things like sick, disturbed and crazy, but says his appearance inspires confidence in himself.

Whatever floats your boat.

“My transformation has influenced my life, but I don’t care. I should be accepted as a person, and above all because of my inner values,” says Sandro.

“My appearance has had a huge impact on my chances of getting a job because a lot of companies are still very conservative and prefer to go with the flow. I think that I have often been rejected from jobs because of my appearance.

“I think that it has of course had an effect on me finding a relationship, as it scares most people off, but of course, many people also find it very interesting.”

Despite friends trying to talk him out of many of the procedures, especially lopping off his ears, Sandro prefers to march to the beat of his own drum.

“If people stare I really don’t care,” he says. “If someone says something like ‘you are a sick old man’ then I will answer with ‘thank you for the compliment.'”

As for those missing ears, he keeps them in a jar in his house.

So what’s next for Mr. Skull Face? Having the tip of his nose removed and his eyeballs tattooed, of course.