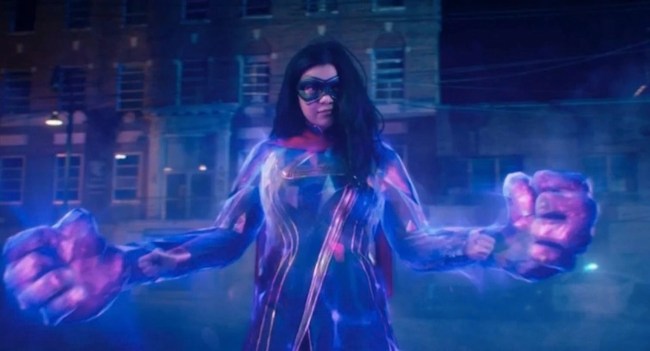 The season one finale of Ms. Marvel hit Disney+ on Wednesday, and with it came a singular word that Marvel Cinematic Universe fans have been waiting to hear for a long, long time.

During one of the final scenes of the Ms. Marvel season one finale, Kamala Khan’s BFF Bruno says that there’s something different about her genes, calling it a “mutation.” This, of course, makes Ms. Marvel the first major Mutant superhero in the Marvel Cinematic Universe and therefore the first true indication that the MCU is building towards the X-Men.

Naturally, given both the unexpected reveal of Khan’s origins and the first real hint towards Mutants in the MCU, fans of the franchise absolutely lost it on social media upon seeing the climactic scene.

#MsMarvel spoilers!!!!
–
–
–
–
–
THAT WAS THE X-MEN '97 THEME, CONFIRMED BY THE CREDITS. WHILE KAMALA MAY NOT BE AN IMHUMAN SHE IS A MUTANT, AND I THINK THAT'S NEAT. ANYWAYS THE MARVELS IS COMING OUT IN 2023 SO I AM GOING TO BE WATCHING IT

The #MsMarvel credits confirm the use of the X-MEN ‘97 Theme, further suggesting that Kamala is a mutant in the MCU. pic.twitter.com/Z9axRmYtDO

I know Imani was crying and throwing up once she read that script and found out they made Kamala a mutant 😭.

#MsMarvel spoilers
–
–
–
–
–
–
–
–
–
–
It seems that the Ms. Marvel finale may have showcased the MCU’s first tease at Mutants, with Kamala Khan herself having a “Mutation” in her genes 👀 pic.twitter.com/bsQLwePboN

This Ms. Marvel reveal comes just a few months after Charlies Xavier, a.k.a. Professor X, was introduced in Doctor Strange in the Multiverse of Madness, albeit in another universe.

All six episodes of Ms. Marvel season one are currently streaming on Disney+. Elsewhere in the MCU, Thor: Love and Thunder is now playing in theaters and She-Hulk will hit Disney+ on August 17.

Later this year, Black Panther: Wakanda Forever will hit theaters in November, while The Guardians of the Galaxy Holiday Special and the not-yet-officially-announced Werewolf By Night will also release on Disney+ at some point in 2022.