Remember The Mystery Seeds From China No One Was Supposed To Plant? This Guy Did And Grew A Massive Crop Of Something 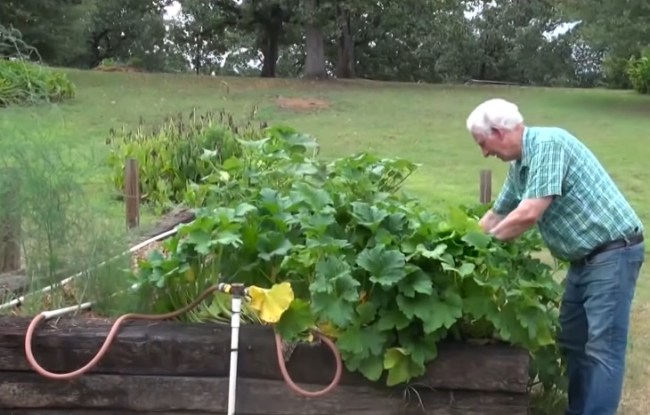 When life gives you lemons, make lemonade. When life mails you mystery seeds, don’t be a moron and plant those unknown seeds in the ground.

Last month, thousands of people around the country received mysterious seeds in the mail. The packages all contained markings from China postal services. The general consensus from health officials was to just throw the seeds away.

Mark Rubial, a nursery owner in Dallas, warned about the seeds in an interview with Fox 4 Dallas:

“If someone sends you pills in the mail wouldn’t necessarily take them. It’s kind of the same thing. It doesn’t seem like if you had three or four seeds it’s a big deal. But if you put those seeds out, they drop more seeds and we could actually get damage to our local plants.”

Doyle Krenshaw of Arkansas – already born with the name of a guy who would absolutely use random shit he got in the mail – received the warning too late. He planted his seeds a few months ago.

“The package said it was from China and said ‘studded earrings’ on the outside,” Krenshaw told News 5, “and we thought that was a little odd.”

Please tell me Doyle and Mama Doyle planted the seeds in the hopes of growing a diamond tree.

“Every two weeks I’d come by and put Miracle-Gro on it, and they just started growing like crazy.”

Authorities still don’t know exactly what the plant is, with its orange flowers and large, white fruits, but many people are comparing it to a squash plant. To be on the safe side, the plants will be confiscated to determine the species and any effect the planting might have on the area.

Scott Bray of the Arkansas Department of Agriculture explained: “Our concern is from an invasive-pest aspect; these seeds could introduce an invasive weed or an invasive insect pest or a plant disease.”

This is only a guess, but I’ll bet Krenshaw planted the seeds one night after a few too many hydroxychloroquine cocktails.

Officials still believe the seeds are all just part of a brushing scam but still warn people NOT to plant the seeds.