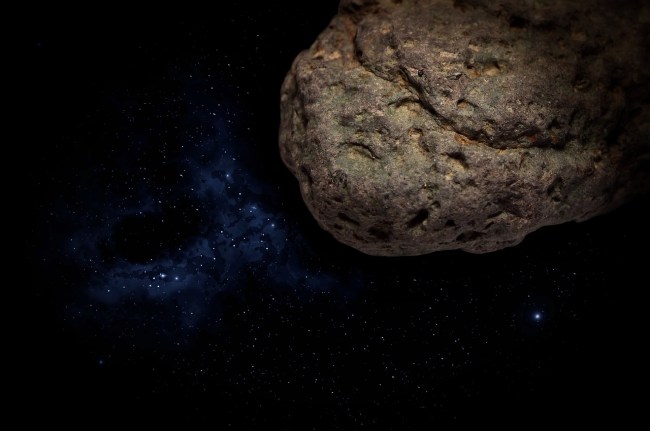 There is some amazing potential for nearly unfathomable wealth that could be mined from asteroids. One solid metal asteroid has unimaginable wealth from precious metals and now NASA is going on a mission to explore the extremely valuable celestial body.

Asteroid 16 Psyche was discovered by the Italian astronomer Annibale de Gasparis on March 17, 1852. Psyche orbits the Sun at a distance ranging from 235 million to 309 million miles from the Sun between the orbits of Mars and Jupiter. 16 Psyche takes five years to complete one orbit of the Sun and is about three times further from the Sun than Earth is. 16 Psyche has dimensions of 173 miles by 144 miles, by 117 miles. 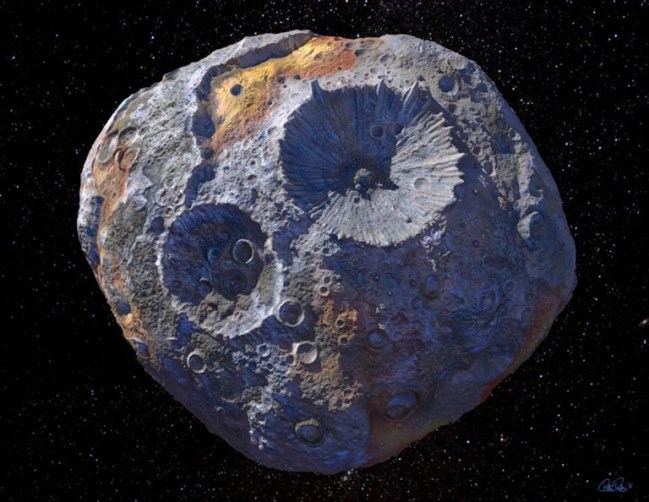 But the most intriguing aspect of 16 Psyche is what the asteroid is made of. 16 Pysche is an M-type or metallic asteroid consisted of precious metals worth not millions, not billions, not trillions, but QUADRILLIONS and maybe even QUINTRILLIONS. Forget learning to code, start learning how to mine asteroids.

16 Psyche is composed of iron, nickel, gold and platinum, the only asteroid we know of that is 95% or more metal. Scientists believe that the asteroid had a rocky surface at one time, but lost it due to several violent collisions billions of years ago.

The potato-shaped asteroid is estimated to have a value of $10,000 quadrillion. That’s enough staggering wealth to hypothetically make every single on Earth a billionaire.

A 2018 report said the value of 16 Psyche was $15 quintillion, while another source said the asteroid could be worth an unbelievable $700 quintillion, enough to give every human being on Earth about $92 billion each. What is NASA waiting for?

It’s worth noting that when the quantity of rare metals increases, the availability would quickly decrease its value. It is also possible that if a gigantic influx of gold was introduced to Earth it could throw the gold industry into chaos as well as the world’s economy.

You can see the estimated values of other asteroids over at Asterank.

16 Psyche has captured the attention of NASA and they have planned a mission to explore the valuable asteroid. NASA is launching the Psyche spacecraft in August of 2022 and the craft would reach the precious asteroid in early 2026 after a Mars gravity assist in 2023.

The spacecraft’s objectives will be to map and study 16 Psyche’s properties using a multispectral imager, a gamma ray and neutron spectrometer, a magnetometer, and a radio instrument (for gravity measurement).

NASA states spacecraft’s mission is “to determine whether Psyche is indeed the core of a planet-size object.” This would provide scientists an opportunity to study what the core of a planet would look like, without digging thousands of miles and not encountering extreme heat. But also, it wouldn’t hurt to verify if this floating rock is worth $10 quadrillion.

This sounds like the plot to every Hollywood asteroid mining movie that goes awry when their mining ship gets invaded by aliens. Let’s hope that doesn’t happen and we just get the gold.