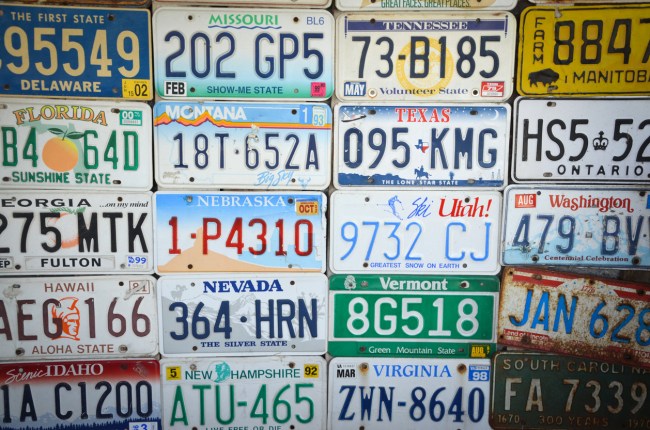 Nashville-native Leah Gilliam wanted everyone that pulls up behind her to know that she loves astronomy and gaming. To do so, she came up with the vanity license plate “69PWNDU.”

The plate combination was simple, or at least, it was supposed to be.

A 69 represents her astronomical passion with the year of the moon landing. The United States’ Apollo 11 was the first crewed mission to land on the moon. It did so on July 20, 1969.

“PWNDU” is a short-hand version of a common gaming term. “Pwned” is used when a gamer totally “owns” another player and defeats them in the game— hence, the “U”.

Gilliam has had the license plate for 10 years. A full decade ago.

Earlier this year, she received a letter from the Tennessee Department of Revenue that revoked her vanity plate on grounds that it had been “deemed offensive.”

Now she is suing the state.

How the lawsuit is shaping up:

Gilliam’s lawsuit is filed in Davidson County, Tenn. and claims that her First Amendment rights have been violated. Specifically, she is suing Tennessee Department of Revenue Commissioner David Gerregano and Tennessee Attorney General Herbert Slatery III over the incident.

Gilliam’s lawyer, Daniel A. Horwitz, says that his client would be prohibited to renew her vehicle registration if she does not change the “offensive” tag.

According to FOX 17 WZTV, the plate also “exposes her to the immediate threat of criminal liability—a fine and up to 30 days in jail—if she does not acquiesce to the Department’s pre-hearing prior restraint against her constitutionally protected speech.”

Gilliam has also filed an application for a temporary injunction. It seeks to enjoin enforcement of the state’s vanity plate revocation law against her, pending the conclusion of judicial review.

“The First Amendment forbids the government from discriminating against citizens based on the viewpoint they express,” said Horwitz to Fox 17. “Ms. Gilliam’s harmless vanity plate is transparently protected by the First Amendment, and the only illegality involved is the Tennessee Department of Revenue’s decision to violate her First Amendment rights.”

If you had a lawsuit over a “69PWNDU” license plate on your 2021 bingo card, congratulations, you are the only one.