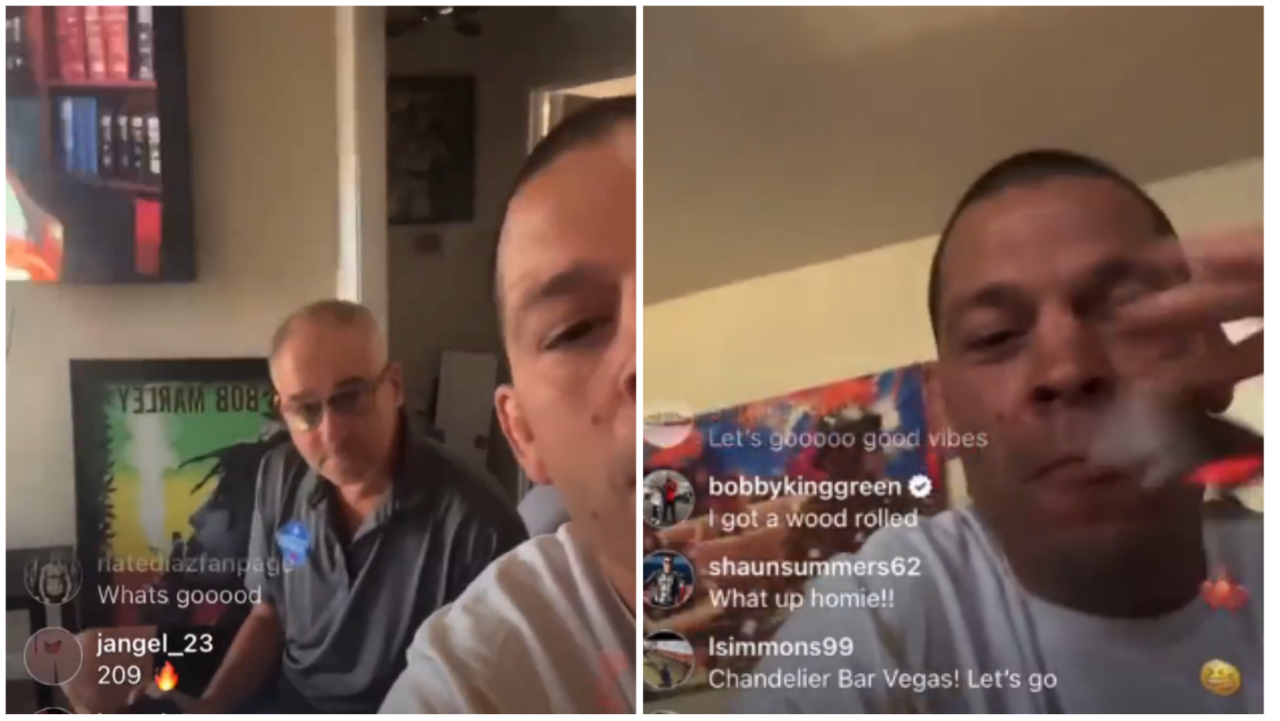 Nate Diaz got a visit from USADA before his upcoming September 10th fight against Khamzat Chimaev and he welcomed the USADA agent with some weed.

During an Instagram live stream, Diaz filmed himself smoking a joint in front of the USADA agent, who really didn’t want to be seen on camera.

The UFC’s anti-doping policy will no longer punish athletes for positive tests for carboxy-THC, the psychoactive ingredient in cannabis.

UFC and U.S. Anti-Doping Agency officials on Thursday announced significant modifications “in the handling of cannabis and its naturally occurring cannabinoid compounds.”

In short, positive tests for carboxy-THC, regardless of levels, will no longer be considered violations to the policy “unless additional evidence exists that an athlete used it intentionally for performance-enhancing purposes.”

Nate’s brother Nick, famously fought against the strict marijuana regulations when he was heavily suspended and fined for testing positive for marijuana in 2015.