A ‘National Treasure’ Series Is Officially In Development At Disney+ 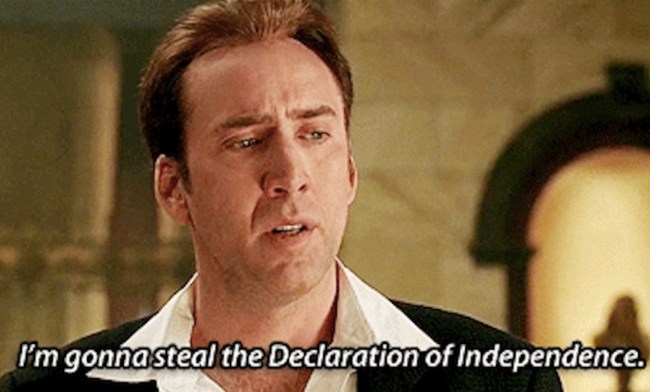 Disney+ continues its march to becoming one of the most exciting available streaming services, as a new report from Collider indicates that The Mouse House is developing a National Treasure series for Disney+.

The National Treasure series isn’t the only enticing series in the works at Disney+, as there are currently nine Marvel Cinematic Universe shows in development in addition to a handful of Star Wars-based series.

According to the report, the new show will feature a younger cast, which means our beloved king Nicolas Cage will unfortunately not be the star of the series.

Collider got Jerry Bruckheimer to open up his book of secrets and give a new update on the National Treasure franchise, which we learned not only includes National Treasure 3, but a Disney+ TV series now in development. During a recent interview with the mega-producer for his new Starz series Hightown, our own Steve Weintraub got the details on the series, which will feature a new, younger cast.

“We’re certainly working on one [National Treasure] for streaming and we’re working on one for the big screen. Hopefully, they’ll both come together and we’ll bring you another National Treasure, but they’re both very active….The one for Disney+ is a much younger cast. It’s the same concept but a young cast. The one for theatrical would be the same cast.” [via Collider]

At this time, there is no further indication of who is involved with the series or when it will be released.