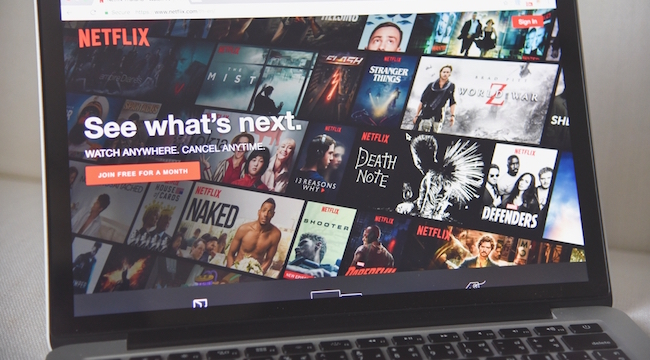 As someone with a slightly unhealthy addiction to technology, I’m usually staring at some sort of screen at virtually every point in the day. I spend most of my workday browsing the internet for your entertainment, and when I’m not checking Reddit while walking my dog, I’m constantly refreshing Twitter between sets at the gym.

Like most people, I like to unwind by watching Netflix at night, but because I do everything I can to succumb to the irresistible urge to order Seamless that comes with living in the city, I spend a fair amount of time in the kitchen at night. While some people might decide to use music for background noise, I prefer to throw on a TV show from a bingeable series to distract myself.

However, I have an awkwardly-angled TV, don’t own an iPad, and think it’s morally wrong to view any show or movie on your smartphone, which means I normally watch episodes of shows that I’ve seen way too many times to avoid missing any important details. However, a there’s a Netflix feature I just found out about that might have changed my streaming game forever.

It turns out Netflix offers a service that describes the action going on during scenes without disrupting any of the dialogue, essentially making it the visual equivalent of an audiobook. The feature was introduced last year (and was aimed primarily at the visually impaired), but it flew under the radar until last week when someone one Reddit brought it to the attention of the internet.

I decided to test it out myself by watching the first few minutes of the cinematic classic Magic Mike, and it’s actually pretty impressive how seamlessly the surprisingly detailed descriptions are incorporated into the film.

You can find a full list of dubbed show’s below the “Thrillers” category on the Netflix app as well as on their website.