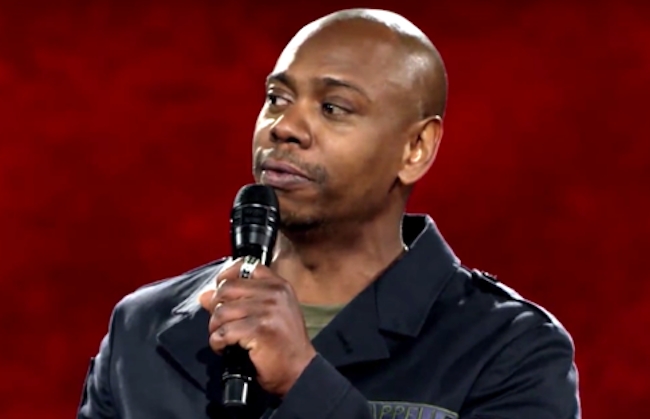 There was once a time when Netflix was filled with some of the most rewatchable shows in the history of television, but in recent years, the company has shifted its focus to its original content as the streaming wars have become increasingly heated and its various competitors have secured the rights to some incredibly beloved programs it was once home to.

People who love themselves some Friends were dismayed when the series disappeared from the platform earlier this year after HBO Max secured the rights, while fans of Parks and Recreation now have to rely on NBC’s Peacock to access episodes—the same place where viewers who’ve relied on The Office for entertainment over the years will have to turn to when it will disappear from Netflix at the end of 2020 to bring an already terrible year to an even more miserable end.

However, we did get some good news at the end of October when Netflix revealed it would try to make up for those losses by adding Chappelle’s Show to its catalog at the start of November. It made sense when you consider the comedian inked a deal a few years back that resulted in him getting a cool $20 million for each of the five specials he’s released since.

While fans of the legendary sketch show may have been amped by the development, they’ll likely be disappointed to discover it’s suddenly been taking down at the behest of the man behind it after he revealed he didn’t receive a single penny from the arrangement that led to it appearing in the first place.

According to Deadline, Chappelle—who famously quit the show while filming the third season due to his displeasure with how he was being treated by higher-ups— released a video urging viewers to actively avoid streaming it due to a contract he signed with ViacomCBS at some point in which he ceded the right to receive any royalties.

Netflix received a call from Chappelle in which he expressed his displeasure and agreed to take it down in an obvious attempt to preserve their relationship. However, if you (unlike me) didn’t buy the entire series on DVD back in high school, you can still watch it on HBO Max, CBS All Access, and Comedy Central’s streaming service.

Sure, you might feel a little guilty, but at the same time, I think it’s safe to say Chappelle probably doesn’t have to worry too much about his financial situation despite missing out on this.