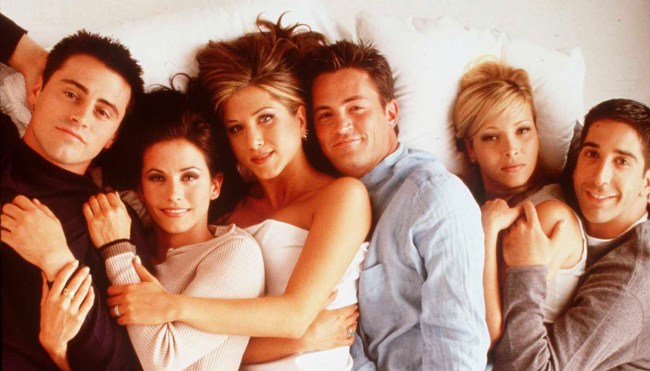 It was a day thousands of people were dreading. As of midnight, December 31, just as everyone was ringing in the new year, long-time Netflix staple Friends officially left the streaming service.

After Netflix reportedly paid $100 million to secure the rights for an additional year in 2018, Friends will no longer be there for you on demand until WarnerMedia’s HBO Max launches in May of 2020. (A reunion show is reportedly in the works for HBO Max as well.)

Friends was reported to be the second most-streamed series on Netflix behind The Office, which will also be leaving Netflix at the start of 2021 as it moves over to new NBCUniversal streaming service Peacock.

Those fans wanting to still watch Friends at their convenience will now have to either purchase the entire series on Bluray or DVD, catch episodes still airing on TBS and Nickelodeon, move to another country where Friends still airs on Netflix, or wait until spring 2020 and sign up for HBO Max.

Needless to say, Friends fans are very distraught having to start out the new year without their regular dose of Monica, Rachel, Phoebe, Joey, Chandler and Ross.

@netflix why did you remove friends?! This is why I paid for Netflix. Tell me you’re going to bring it back, please.

Wait Friends is no longer on Netflix??? Thanks for ruining my 2020 pic.twitter.com/VDVCrUsRbB

So we are just not gonna talk about how Friends isn't on Netflix anymore?

FRIENDS has officially left Netflix. Excuse me while I spend the rest of today figuring out what to do with my life now. What a great start to the new decade! Here's to 2020! pic.twitter.com/y7NVK8C2iC

Friends is off Netflix. 2020 is canceled

Happy New Year except to the person who took Friends off of Netflix.

People were paying for Netflix… Just to watch Friends???

Yes. Yes, they were.