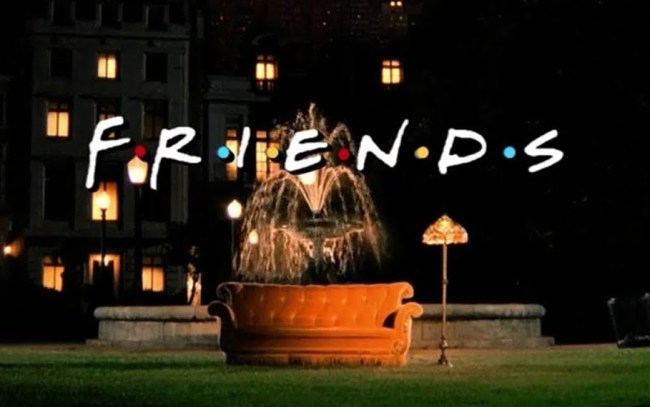 There’s no shortage of options when it comes to picking something to watch on Netflix, but in my experience, it’s far too easy to find yourself plummeting down a content rabbit hole and endlessly scrolling through movies and shows until you settle on an episode of The Office that you’ve already seen four times.

Back in May, Netflix confirmed what everyone knew when it revealed the sitcom was the most-watched show on the platform so people understandably freaked out when the company announced it’d be losing the rights to The Office when NBC launches its own streaming service in 2021.

Fans who don’t understand how licensing works launched a futile petition campaign but NBC not-so-shockingly refused to reverse course, and as a result, it’s only a matter of time until viewers will have to resort to another show they can watch mindlessly while scrolling endlessly through Instagram.

Oh well. At least we still have Friends, right?

Um, yeah. About that…

On Tuesday, Netflix shared some devastating news when it revealed Friends—which snagged the second spot in terms of popularity—will no longer be there for you when the new year rolls around thanks to WarnerMedia, which is preparing to launch a service of its own as streaming becomes the new cable.

The One Where We Have To Say Goodbye.

We’re sorry to see Friends go to Warner's streaming service at the beginning of 2020 (in The US). Thanks for the memories, gang ☕

Last year, people freaked out after rumors started to swirl that Friends would be leaving Netflix in January but the company reportedly paid $100 million to secure the rights. Unfortunately, it seems like there wasn’t much they could do to top Warner’s recent bid, which came in at a cool $425 million (they’ll retain the rights for five years).

If you’ll excuse me, I have to go mentally prepare myself for the day Parks and Recreation inevitably suffers the same fate.