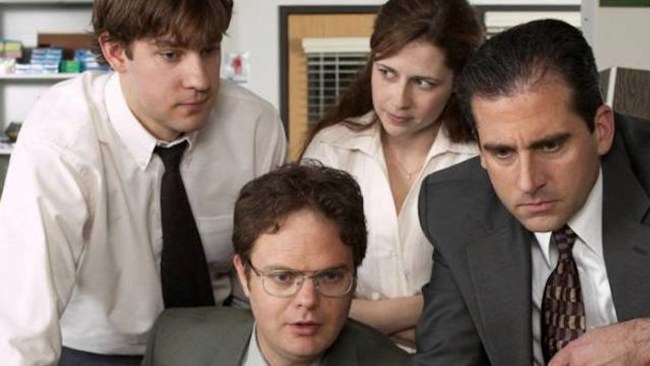 Much like with the Friends debacle of 2018, news of The Office leaving Netflix has sent thousands of people into hysterics.

On Sunday, NBCUniversal announced that it will be pulling The Office, the most-watched show on Netflix, from the streaming service when their contract expires at the start of 2021.

The reason for the show’s departure from Netflix was, as one would expect, all about money, according to The Hollywood Reporter.

Per sources, NBC’s streaming service, Netflix, Hulu, Amazon and likely Apple all at least took meetings to acquire the Steve Carell starrer. Producers Universal Television held an auction — which insiders say kept the studio at a distance from all buyers as it sought to get a fair price for profit participants (including creator Greg Daniels). Ultimately, NBCU’s offer of $100 million per year — for five years — was deemed the winner, edging Netflix.

So basically NBCUniversal bid the most money for… its own show? That’s about the size of it.

“The Office has become a staple of pop-culture and is a rare gem whose relevance continues to grow at a time when fans have more entertainment choices than ever before,” said Bonnie Hammer, chairman of NBC Universal direct-to-consumer and digital enterprises. “We can’t wait to welcome the gang from Dundler Mifflin to NBC Universal’s new streaming service.”

Which means that with the addition of new streaming services from Disney, WarnerMedia, NBCU, and Apple all expected to debut over the next year, cord-cutting won’t be the inexpensive option to cable that consumers had once hoped it would be.

So, in an attempt to keep The Office on Netflix, tens of thousands of fans have already signed a petition started on Change.org. 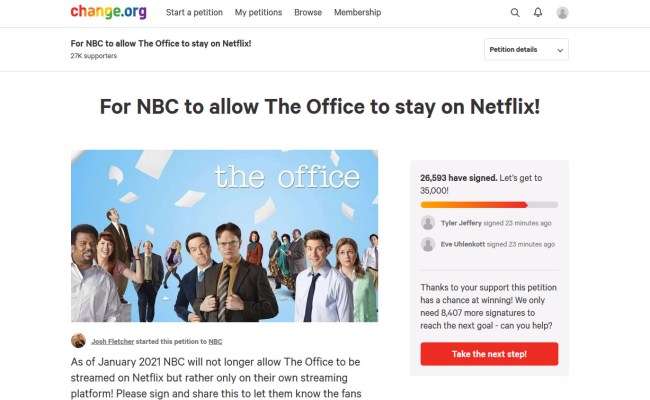 “The Office is a cultural icon, a representative of our lives that carries with it unprecedented significance. It should and needs to be widely available. It belongs to us all.”

“I enjoy The Office and really don’t have the money to be paying for another streaming platform so I won’t be watching it anyways, if it is taken away. I’m sure plenty of people would agree. LET IT STAY ON NETFLIX!”

“I’m signing because why would you not try to save The Office?”