New Belgium’s Latest Beer Is Illegal In One State 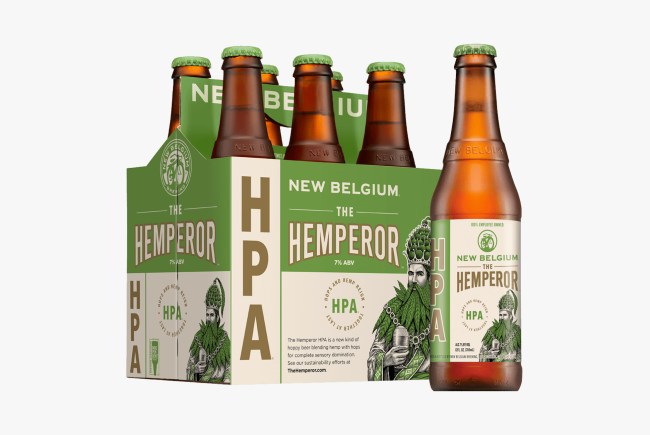 New Belgium Brewing’s newest beer has got dank hops in more than one way. The Fort Collins craft brewery unveiled their latest beer, unfortunately, one state was not so thrilled with the new brew and banned it. New Belgium’s Hemperor HPA was debuted this week, but it will probably never be available in the state of Kansas because of scary hemp.

Hemperor HPA doesn’t contain THC or any other psychoactive ingredients, yet the beer is illegal in the state of Kansas, where they classify it as a Schedule I narcotic. Federal law prohibits brewers from using hemp leaves or flowers, so New Belgium found the perfect way to circumvent the law by brewing their new beer with shelled hemp seeds. Hemperor HPA is also brewed with Simcoe hops and experimental HBC 522 hops to produce the beer’s signature aroma.

New Belgium created the beer as a way to raise awareness about the social, environmental, and economic benefits of industrial hemp. For every Hemperor HPA barrel sold, New Belgium is donating $1 to Hemp 4 Victory, an organization associated with Willie Nelson that is attempting to legalize industrial hemp.

“This beer has been over two years in the making, most of the time spent learning and reacting to laws that really suppress this crop’s usage,” said Ross Koenigs, New Belgium’s Research and Development Brewer, in a press release. “Flavor-wise, this the beer we wanted to make, but due to misinformed laws governing the use of industrial hemp, we had to take a creative and long-winding road to get to this point.”

New Belgium’s latest year-round offering is a 7 percent ABV beer and is scheduled to become available on draft April 2nd and in 12-ounce bottles May 21st. Here’s Joe Rogan talking about hemp.