No, Eminem’s Album Is Not Finished, Producer Was Trolling When He Said It Was Done 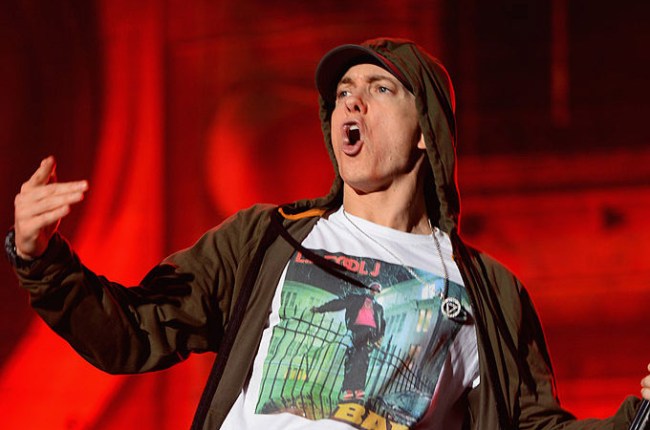 On Tuesday, multiple websites reported that Eminem’s upcoming album was finished. Those reports were based on a comment that producer Denaun Porter made during an Instagram livestream. After being asked by numerous people on the status of Eminem’s new album, Porter replied, “No, we’re done. How about that?” However, Porter has since revealed that he was trolling all of the people who kept asking about the new album. Complex reached out to Denaun about his comments and he said he was “trolling the trollers.” Porter said he was joking about the completion of the album because “They [commenters] trolled the shit out of me the whole time.”

“Anytime they come in there, they can expect to get trolled with any kind of question like that,” Porter said. “I’m never the person to give up that kind of information. I might say, ‘Hey, we’re working on it’ or ‘Hey, we’re close.’ But I’m never going to be the guy that gives up the information. But they can get trolled.”

But the Shady Records producer did reveal one non-trolling admission about the album, “I can tell you this: It’s amazeballs.”

We haven’t had a new Eminem album since 2013’s “The Marshall Mathers LP 2,” but the next album will be “amazeballs.” Can’t wait.