A New ‘Expendables’ Movie Is Happening! 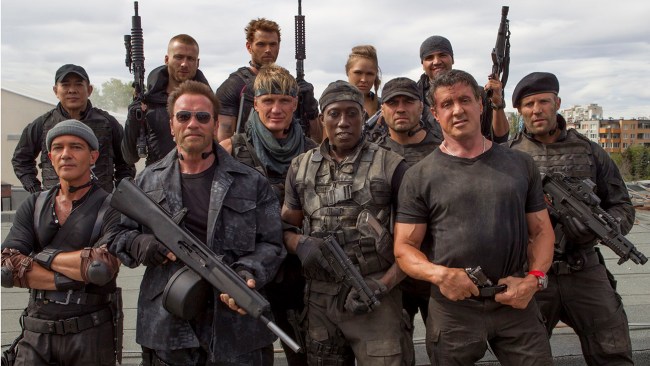 Dormant since 2014’s The Expendables 3, the franchise is set to make a comeback as it’s been announced that a fourth film is in the works.

Spenser Cohen wrote the script, with revisions by Max Adams and John Joseph Connolly. Details are being kept in the lockbox, but the plot will once again focus on a group of veteran mercenaries.

“It’s so much fun to bring these stars together for a no-holds-barred action film,” said Jason Constantine, president of acquisitions and co-productions for the Lionsgate Motion Picture Group, in a statement. “The new film will raise the stakes and be the biggest, most badass adventure yet.” [via The Hollywood Reporter]

As the report states, while Stallone served as the lead in the original trilogy, Statham will be the main character this time around.

The project is already quite advanced, as production is aiming to begin this Fall.