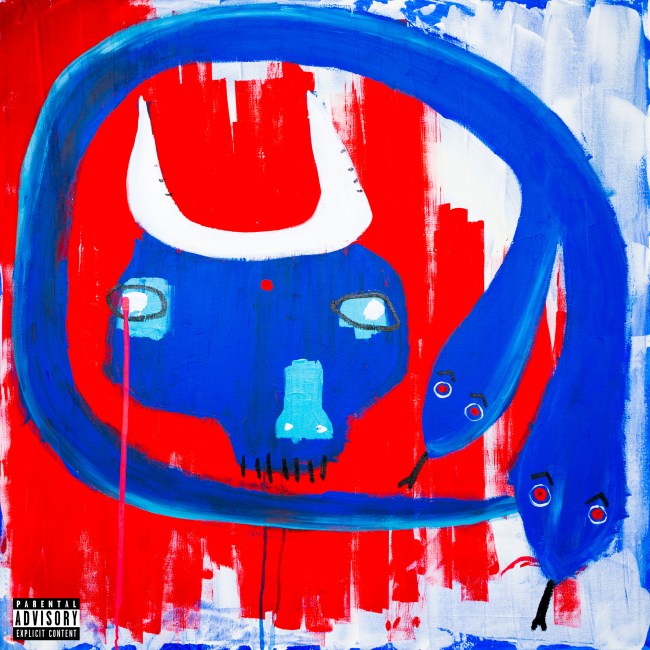 Welcome to the BroBible New Music Round-Up, where we see what new music has been released this week. This week’s Round-Up is proudly fueled by (insert Halloween candy name here.) Follow me @ryanoconnell79

Rapper, TV host and soon-to-be movie star Action Bronson has dropped his first new album since 2017’s Blue Chips 7000. The new album, White Bronco, is self-released, which is good because Bronson recently announced that he was parting ways with Vice, his label and TV network. Thankfully Bronson also announced that he’ll take his culinary travel show with him wherever he goes, something we’d happily say is, Fuck, That’s Good News.

As for White Bronco, it’s more of the same from Bronson, which is a good thing. There’s Bronson’s laid-back flow, solid production and plenty of good times. The album also features Anderson .Paak collaborator Knxwledge and A$AP Rocky.

LSD, the supergroup consisting of vocalists Labrinth and Sia, with Diplo on production, have released another song, “Mountains.” It’s the latest tune released by LSD, with “Thunderclouds” having dropped in early August, just before the cut off hit for songs to be considered a Summer Jam of 2018.

With Diplo behind the wheel, you generally have an idea what you are going to get. But with the addition of Labrinth, a U.K. singer, and the enigmatic Sia on vocals, you get a few delightful left turns. “Mountains” is slightly more low key than “Thunderclouds,” but that Diplo bounce is still there. The trio should be releasing an album at some point before the year ends, which is good. We’re worried Diplo may have too much time on his hands.

Well, a few weeks ago we got a solo joint from Quavo of Migos, now it’s Takeoff’s turn. You know Takeoff, right? Label execs refer to him as “the quiet one.” If you’re a Migos fan and slightly concerned that all these solo albums point to the impending demise of the group, a high-placed source says those feelings should be shut down tout suite.

Offset’s mother confirms the entire group will be releasing solo albums and Takeoff will be next after Quavo. pic.twitter.com/KSdVHCupCs

My mom likes to ask what Twitter is and I promptly change the subject, so props to Offset’s mother.

Takeoff dropped “Last Memory” in mid-October, giving a hint of what the album would sound like. For anyone who follows Migos, the taste wasn’t surprising. It sounds like one of the dudes from Migos, which makes sense because Takeoff is one of the dudes from Migos. Case closed. And just for clarification, that wasn’t meant to be viewed as negative. Migos are great and so far, the solo releases from the members of Migos, have been great as well. And no, I’m not saying that to stay on Offset’s mom’s good side. Or maybe I am. I probably am.

Metallica are out there, releasing big old box sets to commemorate anniversaries of their classic albums again. Last year the band released a box set to celebrate the 30th anniversary of Master of Puppets and this year, it’s …And Justice for All’s turn. The band’s fourth album, released way back in 1988, was their pre-breakthrough album. It made noise with “One” and paved the way for the band’s 1991 self-titled album, also known as the Black Album. Yet the beauty of …And Justice for All is that it gives you a taste of both sides of the coin with Metallica. There’s the raw, heavy energy of their pre-Arena-filling days and the big boy anthems that would come later. It’s a best of both worlds kind of situation.

The box set is a lot to digest, especially because based on the format, the results differ. So get ready. The set will be available digitally and in CD form. But there’s also the literal box set. That contains the original album remastered, a slew of demos and outtakes, live tracks, specifically an entire disc comprised of cuts from the band’s late 80’s Damaged Justice Tour, their entire set from a 1989 Seattle concert, four DVDs, a 120-page hardcover book, patches and more. No word yet on whether or not a copy of Hemingway and Gelhorn, the 2012 HBO film in which Ulrich appeared in, will be featured, but if you’re lucky, it won’t. That movie was hot garbage.

Vince Staples dropped FM!, his latest album Thursday night. The rapper caught people off guard earlier in the week when he announced the album on social media. Staples released his last album, Big Fish, in 2017 and appeared on Kendrick Lamar’s Black Panther soundtrack, that was released earlier this year, which given how long this has  seemed, feels like forever ago. Really, if I told you Black Panther was released this year, you would at least pause for a second before believing or not believing me. It’s true, though. Look it up if you don’t believe me.

Staples’ album features a California-heavy slate of guests and according to a post on Twitter, hits on everything from the Crips and Bloods, as well as “Eses, Asians, Dominicans, Puerto Rican’s, White Boys, Jamaicans !!!” For anyone listening, we are 100% here for Vince Staples. 100%.

Bass wizard Thundercat and BADBADNOTGOOD, a group of young Canadian hip hop enthusiasts, have teamed up for “King Of The Hill.” The track is part of a new compilation album, Brainfeeder X, celebrating the 10th anniversary of the record label founded by Flying Lotus. If you don’t know who BADBADNOTGOOD are, I’d strongly suggest checking them out. Tyler the Creator did and the results were pretty damn cool.

Tenacious D, the rock god duo of Jack Black and Kyle Gass, are back with their first new album since 2012’s Rize of the Fenix. The new venture is a twofer. Post-Apocalypto is both a new animated series from the pair, as well as a companion album that again features fellow rock god Dave Grohl on drums. In the web series, the dudes survive a nuclear holocaust by hiding in a fridge and are then forced the fight off the demons of their new reality. Cool, so it’s an instructional video.

Legendary producer Swizz Beatz has a new album out, Poison. The album has Swizz Beatz digging deep into his hip hop roots and features tracks with a murderer’s row of guests on them handling vocals. There’s Kendrick Lamar, there’s Young Thug, there’s Lil Wayne and there’s Jadakiss among others. There’s also a track featuring Nas on it and in a recent interview with XXL, Beats was fired up about.

“Y’all getting Illmatic Nas—the best storytelling Nas. The story is so hard that I didn’t even want to put drums on it… just the bass line [and] live instruments. There’s a little bit of poetry in the beginning from myself. And when you hear this story, you’re like, goddamn! He starts off the song: ‘Throwing pits out the window at police.’ How you start the verse like that? The entire story that he’s telling is true. ‘I’m an observatory of a murder story…’ Oh my god. He’s a master poet.”

Well, Halloween is in fact over (we got you covered) and because there really is no such thing as Thanksgiving music, it means that Christmas music is going to start inching it’s way into our lives. Dude, it already has, so don’t kid yourself. The past few weeks have featured new Christmas albums from John Legend, the Monkees, Eric Clapton among others. You might as well as accept it. THE SEASON OF PENTATONIX PERFORMING ON NETWORK TELEVISION SPECIALS IS AMONG US! Much like a nuclear holocaust that is only escapable via hiding in a fridge, it’s happening.

So with that being said, this week’s entry into the Christmas music cannon is by old-time rock ‘n roller JD McPherson and it’s called SOCKS. If you’re hip to McPherson at all, then you know he plays upbeat, 1950’s era rock ‘n roll with a slight go eff yourself edge and on SOCKS, he happily stays the course. I don’t know if we need more Christmas music, but I do know I’m a fan of McPherson’s, so if I’m going to give some new Yuletide tracks a spin, these would be it.

This Week in Dude, Settle Down

Whether you like him or not, Post Malone is a big deal. Yet someone who most certainly does not like Post is Jeff Weiss of The Washington Post. Weiss’ dispatch from Posty Fest is beyond harsh. It actually saw harsh on the highway, cut harsh off and gave harsh the finger in the process.

Eh, not his best work.