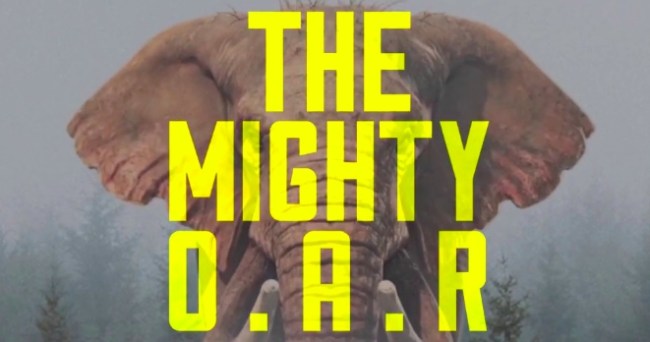 Welcome to the BroBible New Music Round-Up, where we see what new music has been released this week and think at least someone in baseball should be using “Barracuda” by Heart as their walk up music. For more follow me on Twitter:  @ryanoconnell79

Maybe it’s just me, but Cage the Elephant and Beck touring together, which they are this summer, feels like one of those buddy cop movies where the older veteran cop teams up with the younger cop. You know, like Point Break.

Let this serve as a reminder that in life, all roads lead back to Point Break.

The Cage the Elephant/Beck tour, which kicks off in July, has been billed as the “Night Running Tour” and now we have an idea why. Cage the Elephant’s new tune, a collaboration with Beck, is the latest to be released from Cage the Elephant’s upcoming album, Social Clues. It’s a little bit a departure for the band, leaning more on reggae and dub sounds than they are typically used to doing, although by the time they get to the chorus, it starts to sound like Cage the Elephant again.

Social Clues is set to be released on April 19th and the “Night Running Tour” begins on July 11 in Washington. The tour includes Spoon and Wild Belle as openers on various dates.

Last week I strongly suggested you check out American Music Vol. VII, the latest album from Grupo Fantasma, which was streaming on NPR. Now I don’t know how many of you did or if anyone did at all, but now it’s out there and you have no excuse whatsoever to not check this album out.

American Music Vol. VII is the Austin nine-piece Latin funk band’s first album since 2015 Problemas and has been their way throughout their nearly two decade long run, the album is lively and vibrant, driven by big time horns and percussion that will get the walls shaking. The album also features the band dipping it’s toes into politics for the first time, choosing to tackle immigration on the track “The Wall,” featuring members of Ozomatli and Locos Por Juana.

Band member Beto Martinez says they didn’t intend to get political with “The Wall” and that they “initially recorded it as an instrumental. It wasn’t a conscious effort — ‘Hey, let’s do something political!'” Martinez says that Ozomatli and Locos Por Juana brought the political message to it, tackling the controversy surrounding the border between the U.S. and Mexico and trying to provide some historical context to the situation, singing at one point “we didn’t cross the border, the border crossed us.”

“The song is saying, ‘Look, we’re coming here not as criminals, not as rapists as some have said, but to work, to be productive, to get educated and make a living and bring our families here,'” Martinez says. “And then there’s some mention in there about how ineffective the wall would be, anyway.”

Political leanings aside, it’s hard not to enjoy this album, which all but demands you drop what you are doing and start dancing.

So I owe O.A.R. an apology. A few weeks back, I saw an Instagram post announcing a tour stop of theirs in my neck of the woods and the way it read, it looked like they were referring to themselves as “The Mighty O.A.R..” I mean, look at the image above. It looks like it there too. I saw it and I scoffed. Then I did what we all do in those situations. I tweeted about it.

At the time, I didn’t know that “The Mighty” wasn’t what they were calling themselves, but the name of their album. It makes more sense now and I would like to apologize for making a snarky comment. The Mighty is actually a pretty sweet album title. You win this one, O.A.R..

“You can’t call it The Mighty and not have it be great,” frontman Marc Roberge said recently in an interview.

The band spent over a year working on the new album, which is their first album of new material in a couple years. More amazingly is that it’s that been over twenty years since I personally first heard the band, back when their album The Wanderer was an early beneficiary of the Napster craze that ran rampant through college dorms everywhere. First it was O.A.R. and then it was Dispatch and then all hell broke loose. Before you knew it your buddy had deleted so much stuff on his computer to clear room for music the damn thing wouldn’t start up anymore.*

*This is sadly a true story.

Well all these years later O.A.R. are still chugging along, while Napster and my buddy’s computer aren’t. Looks like they win this one too.

It was surprising enough that The Black Keys shocked everyone with the release of a new song followed by a tour announcement. But then they went and added Modest Mouse, who really haven’t been heard from in a few years, to the tour and it became even more surprising.

“Poison the Well” is the band’s first new material since their 2015 album Strangers to Ourselves, but so far it doesn’t seem as if the track is part of a follow-up album. The track will be released as a special edition 7-inch on Record Store Day in April, but as of now, that seems to be it.

Do you ever get the feeling that we’re like, five years away from no one releasing albums anymore? I do. And I think I might be okay with it. Or not. It’s complicated.

Bad Religion “Do The Paranoid Style”

Hey man, shit’s kind of crazy in this world of ours right now, so why not inject some loud and fast, old school punk rock into the mix, huh?

Bad Religion are releasing their 17th album, Age of Unreason, in early May and “Do The Paranoid Style” is the latest track they’ve released in the lead up to the album’s release. The song is one minute and forty five seconds of wild and pretty spot on commentary on the current political landscape in this country of ours, with very little held back.

“When fringe groups blame shadowy forces for their problems it is, at worst, delusional,” guitarist Brett Gurewitz said recently. “But when those holding the levers of power do the same thing, it’s not delusion, it’s a method of delegitimizing the opposition. It’s a tool of authoritarianism.”

Age of Unreason is set to be released on May 3rd on Epitath.

If you’re keeping score, so far we’ve had a Latin group get political and an iconic punk band get political. With Son Volt, we now have an Americana band getting into the mix. The more the merrier!

For the band’s first album since 2017’s Notes of Blue, they set up shop in the Woody Guthrie Center in Tulsa, Oklahoma; a fitting scene as a handful of songs call to mind Guthrie’s classic “This Land Is Your Land.” The songs on Union take on the 99%, the corruptness of our elected officials and a litany of other problems that the band’s frontman, Jay Farrar, feels are ruining the country.

It’s not all political on Union though, as Farrar also tackles real life issues like sending your kids off to college, which some parents could argue is scarier than whatever is going on in Washington.

This year marks the 25th anniversary of Son Volt and fans of the band should find some comfort in the fact that Farrar shows no signs of slowing down and the fire that was there early on in the band’s career, as well as his time with Uncle Tupelo, is still very much going. 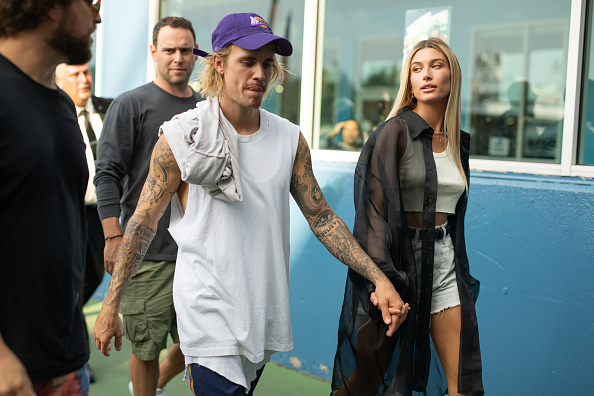 Biebs is Taking Five, But Also Not Really

Earlier this week, Justin Bieber made some news by taking to Instagram to announce that he was going to take a little bit of a hiatus, with the intention of focusing on his health, his family and his marriage. He wasn’t quitting or going away for any extended period of time. He was just sitting things out for a bit.

Across the land, there was much disappointment. But at the same time, a general feeling of “you do you, Justin Bieber.”

Now a few days later, Bieber is out to pour some cold water on rumors that this hiatus means that he won’t be releasing new music anytime soon. According to The Blast, Bieber intends to release new music later this year and was surprised by people misinterpreting his Instagram post.

Either way, provided Bieber is continuing to work with producers like Diplo, Skrillex and DJ Snake, the idea of him coming out with something new is good news.

Ever Wonder What Craig Finn of The Hold Steady Is Doing?

Some personal news: I'm pre-gaming before attending a KISS concert.

This Week in Wait…What?

Well if you answered yes to any of those questions, I have some fantastic news for you because all three of those things are hitting the road this fall as part of the “Rock ‘n Roll Dream Tour.” On the tour, living, breathing musicians will back up the non-living and non-breathing holograms.

The B-52’s are calling it a day. This might be surprising to you if like me, you thought that they already had. Nope! Looks like we were both wrong.

This week the band, which formed back in 1976, announced dates for a farewell tour over in the United Kingdom this summer. Best known for “Love Shack,” I just want to call some attention to another famous song of theirs, “Rock Lobster.” If you haven’t listened to it in a while, or at all for that matter, do yourself a solid and check it out. It’s easily one of the weirdest, most bizarre songs ever recorded.

For serious fans, the band is currently working a documentary, celebrating their forty years together.

This Man(s) Is A Wizard

It’s been a little while since we checked in on Isbell. How’s he doing?

My genre is “if you post one of my songs online, people will ask you if you’re ok”

I feel like this should be bigger news, but dude, The Black Keys are back. Personally, I was starting to doubt if we’d ever see them again. To celebrate their return, here is a playlist of 35 of their best songs.