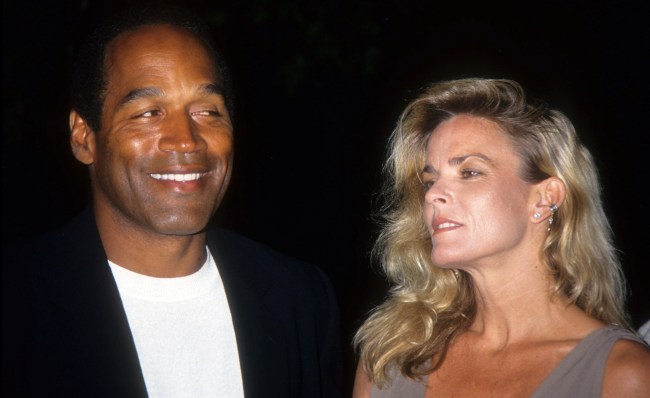 On June 12th of 2019, it will be 25 years since O.J. Simpson’s ex-wife Nicole Brown Simpson and her friend Ron Goldman were savagely murdered, sparking what would end up being the trial of the century.

Amazingly, 25 years later, the “real” killer has still not yet been found, despite O.J.’s committment to doing so when he pledged following his acquittal in the case, “My first obligation is to my young children, who will be raised the way that Nicole and I had always planned. … But when things have settled a bit, I will pursue as my primary goal in life the killer or killers who slaughtered Nicole and Mr. Goldman. They are out there somewhere. Whatever it takes to identify them and bring them in, I will provide somehow.”

So who “really” committed those atrocious murders if it wasn’t The Juice?

The director of an upcoming movie titled Nicole & O.J., Joshua Newton, claims that he knows the answer to who killed Nicole and Ron. But, of course, he won’t be telling anyone until the film premieres, naturally.

“All these years later, the world is still fascinated by the O.J. case and it still divides America, particularly along racial lines,” said Newton, according to MovieWeb.com. “Nicole & O.J. will reveal the untold circumstances leading up to the murders and why and how Nicole and Ron were killed and the cover up that followed.”

“The reality is that O.J. exploded into rage because of his grief repeatedly asking ‘what do you mean Nicole is dead?’ while the detective on the phone kept telling him he has no information. This is just one example of many where the prosecution attempted to deceive the jury, the press and the public,” added Newton.

“Thankfully the jury saw right through it and that’s why O.J. was acquitted. The media was assisted by prosecutors drawing on unethical means to persuade the public of his guilt because they knew their evidence would fail to persuade the jury.

“It’s very worrying… O.J. was fortunate that he could afford a brilliant defense team to challenge a prosecutorial system more concerned with winning than with justice. But what about countless defendants who are innocent and don’t have any money? Justice for them isn’t an acquittal, it’s a life sentence or even death.”

The movie will star Boris Kodjoe as O.J. Simpson and Charlotte Kirk as Nicole Brown Simpson, due in part to the resemblance the actors have to the people they will be portraying.

“Both of them delivered an engaging performance and you couldn’t ask for a more effective portrayal of O.J. and Nicole; not just in terms of how they look but also how they sound and behave,” Newton told MailOnline.com.

According to The Daily Mail, the real O.J. Simpson, now free from prison, offered to assist the production and “help with authenticity,” but was turned down by Newton. Go figure.