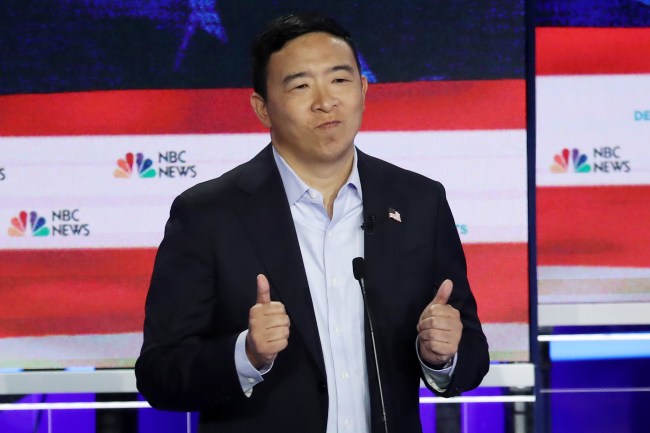 Mark it down, folks. Andrew Yang just offered up another idea that may seem whacky to some, but feels entirely sensible to others: a casino on Governors Island in New York City.

Mayoral candidate Andrew Yang has proposed a casino on Governors Island as a way to raise revenue for New York City’s recovery — a plan that would face immense obstacles if he were to pursue it as the city’s next leader.

“That casino would generate so much money it would be bananas,” [said Yang].

Yang’s camp said that the mayoral hopeful was throwing out an idea, rather than a fully baked proposal.

Uh, I beg to differ. That sounds like a fully baked proposal to me, as in… you’d have to be fully baked to think it could happen. Right? Anyone?!

Actually, it turns out New York City has been tossing around the idea of a casino for some time. Except most of the proposals have pitched it around Times Square so as to take advantage of the tourists.

With New York State desperately looking for new sources of revenue, real estate developers and gambling interests are trying to revive interest in a long-shelved proposal: a casino in New York City.

If a plan for the legalization of full-scale casinos in the city emerges, developers say they are ready with their pitches.

“Times Square market is ripe for a high-end casino,” reads a slide in a Nov. 10 promotional deck for the L&L project in Times Square, which features renderings of attractive young people playing table games like roulette and blackjack, and an image of Celine Dion, a Las Vegas mainstay, singing to a packed crowd.

It’s hard to even imagine a casino in New York right now. The city is so quiet and shut down that even dreaming of an Olive Garden reopening feels foolish, let alone having a full-blown casino in town.

But let’s say that life comes back after the vaccine. Would you rather have a casino on Governors Island or in Times Square?

For me, it has to be the island. For a few reasons. First, there needs to be SOME sort of process to get there. You can’t just be able to stumble in to the casino. It can’t be five blocks away from Madison Square Garden. It can’t be a five-minute Uber from a number of sports bars I like. There needs to be SOME barrier to entry, and a boat sounds like a pretty good deterrent.

Secondly, a casino on an island sounds awesome. Sounds like Macau. I don’t know anything about Governors Island other than that it hosts Gov Ball, which is big with teenagers who like to sneak Gatorade bottles of liquor in and then need to be medevaced to the hospital because lab drugs and vodka don’t mix well. Let’s make the island a safe place, where irish coffees are brought to your blackjack table at 4AM and you tip in chips. Sounds like a much better use for an island.

Sounds like the Times Square option is much more likely. But I’ll always cast my dreams with #Yanggang.