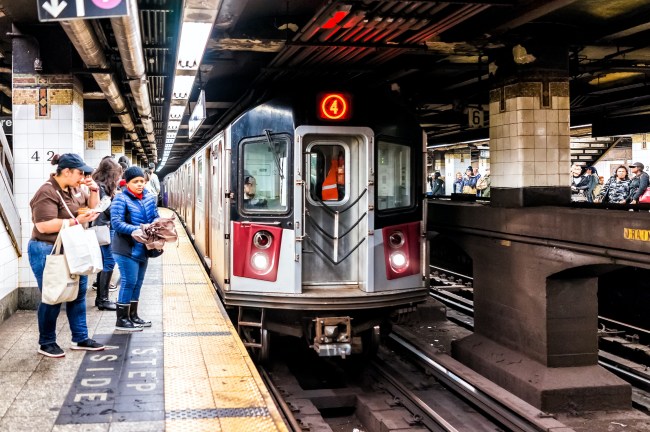 Hey New Yorkers! Not sure if you heard, but the vaccine news is peachy as heck. Come springtime, it looks like we may be able to start heading back to work. Remember that? Grab your coffee, head down into the subway tunnel, swipe your card sixteen times until it finally reads, and then cram into the tiny crack between two burly shoulders and spoon strangers for 25 minutes? Then step off and walk into your office sweaty, and it’s not even your sweat? Coming back in spring 2021!

Let’s check in on our old, trusty subway system. How’s she doing these days?

It was 2 p.m. on Tuesday, what would normally have been a busy weekday as Thanksgiving neared. Alex Weisman, a stage and television actor, stepped off a train at a subway station on Manhattan’s Upper West Side and was punched twice in the face by a man who then fled.

The assault injured Mr. Weisman’s skull in two places and tore one of his retinas.

The day after Mr. Weisman was attacked, a man was shoved onto the tracks at the Bryant Park station after arguing with another man whom the police believe was a panhandler. On Thursday, a woman was pushed off the platform at the Union Square station by an emotionally disturbed man who appeared to be homeless. She lay between the tracks and avoided serious injuries as a train passed over her.

The three attacks were part of a worrying trend: After overall crime on the subway dropped significantly during the citywide lockdown this spring, violent crimes have started to increase.

Huh. Well. That’ll definitely help you send that email to your boss asking for a WFH extension through 2026. Buy that lumbar-supportive chair; far better to spend $800 on spinal support now than $80,000 in spinal fusion surgery after the 6 train boots you 70 yards down the track because some lunatic pushed you in.

I’ve seen some bad stuff on the subways, as we all have. Mostly mottled, degrading penises though. Never an attempted murder. That said, I have always been afraid that some nutjob would come up behind me and push me into the tracks. As such, I make sure to assume a wide stance and keep my core tight. Plus, I stand a few feet back from the yellow line. It’s a tough balancing act when the subway is super crowded because the farther back you stand, the more you risk not getting on. But I’ll happily wait for the next one if it means avoiding these nightmares.

It is amazing how people can survive the train rolling over them if they tuck in to the trough between the rails. Imagine how terrifying that would be, watching the train roll over your head? I’m definitely going face-up, not to watch but to make sure my face isn’t snorkeling in a puddle of whatever discharge is down there. Rat poison, big gulp leakage, and terribly dehydrated urine? That’ll cause a breakout, for sure.