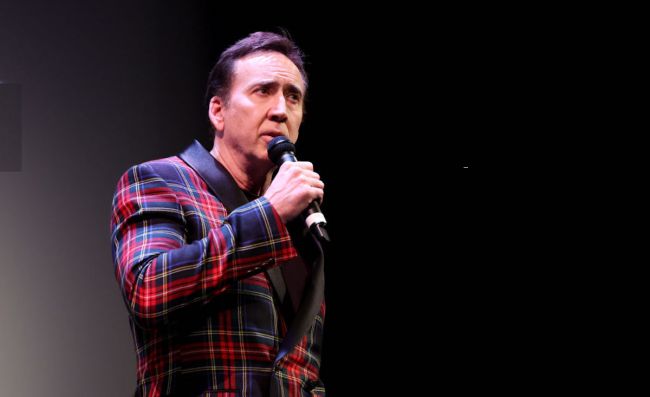 With Nicolas Cage currently blazing a comeback trailer, the Academy Award-winning actor is understandably shooting his shot, as he recently said in an interview that he wants to join The Batman franchise.

However, in typical Nic Cage fashion, the character he wants to portray isn’t someone traditional like Harvey Dent, but rather, a villain that’s known as Egghead.

“We have this new [movie with] Robert Pattinson as The Batman, which I’m excited to see. I haven’t seen it yet but I think he would be terrific.” Cage told Fox 7 Austin at South by Southwest. “The villain that Vincent Price played on the 1960s show, Egghead, I think I want to have a go at Egghead. I think I can make him absolutely terrifying. And I have a concept for Egghead. So let them know over at Warner Bros., I’m down for Egghead.”

As Cage notes, Egghead was created for and first introduced in the iconically campy 1960s series Batman. The character is basically as obscure as he gets as he’s only made a handful of appearances in Batman content — whether it be the comics, animated series, or otherwise — over the decades.

Cage certainly isn’t alone in his desire to see an admittedly bizarre Bat villain in live-action, as Robert Pattinson recently stated that his favorite Gotham City rogue is Condiment King.

While we doubt Cage ever gets cast in The Batman franchise, he can next be seen starring in The Unbearable Weight of Massive Talent, which currently boasts an impressive 100% score on Rotten Tomatoes.

RELATED: Robert Pattinson Has Truly Psychotic Response To Who His Favorite Batman Villain Is