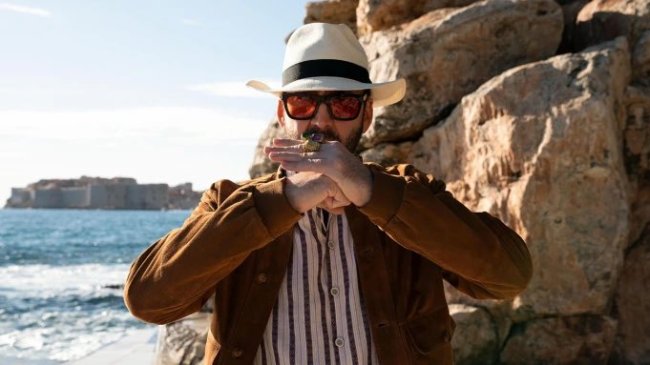 Ever since I saw his performance in Pig, I’ve been beating the drum that Academy Award winner Nicolas Cage is back.

Not only was he earning rave reviews that should’ve, but ultimately didn’t, earn him another Oscar nomination, but he was tapped to star as Dracula in Universal’s Renfield (his first big-budget studio project in quite some time) and also had The Unbearable Weight of Massive Talent lined up, a film where he stars as a version of himself who must recreate some of his most iconic roles.

This might be the greatest 18 seconds in the history of movie marketing. pic.twitter.com/JDfOnAllWq

Fast forward the calendar about six months to today and The Unbearable Weight of Massive Talent has made its debut at South By Southwest, and not only is it apparently a hit, but it’s earning Cage career-best reviews as the film has opened with a 100% critics score on Rotten Tomatoes.

As The Hollywood Reporter notes, because “there are only 15 reviews so far, it’s probable that the score will dip as more reviews are added, but for now, it’s the highest-scoring film of the 170 Cage-credited titles on the site.”

RELATED: You Simply Must Watch Nic Cage Tell This Story Of The Time A Horse Named ‘Rain Man’ Tried To Kill Him