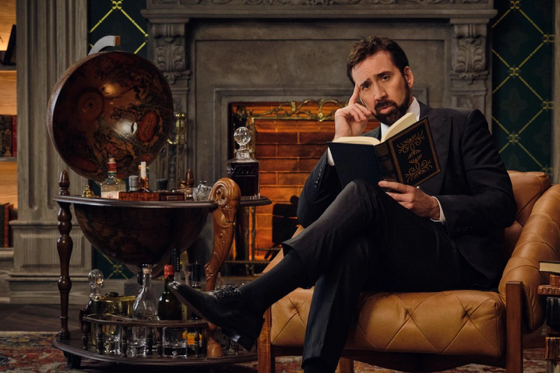 Every single time I write about Nicolas Cage, I make sure to open with a reminder that this man is an Academy Award-winning actor. Yup, he took home the Oscar for Best Actor for his work as a suicidal alcoholic in 1995’s Leaving Las Vegas. Save for The National Treasure, I feel like Nic Cage is largely known for simply being Nic Cage at this point, so I feel it’s important to remind people that underneath all of the eccentric insanity, there’s a legitimate, and recognized as such, actor kickin’ around in there. People need to know that he’s not just some madman who achieved unlikely stardom through his combination of bizarre personality and extreme acting style: there was once a time where Nicolas Cage was, truly, an A-lister.

These days, Nicolas Cage is merely Nicolas Cage, as he churns out a seemingly endless stream of B-movies: some good, some bad, all of which though are wildly interesting. Just look at this dude’s filmography from just the last few years. He’s got seven acting credits in 2019 alone. Hell, he’s got a movie coming out next year where he plays himself: 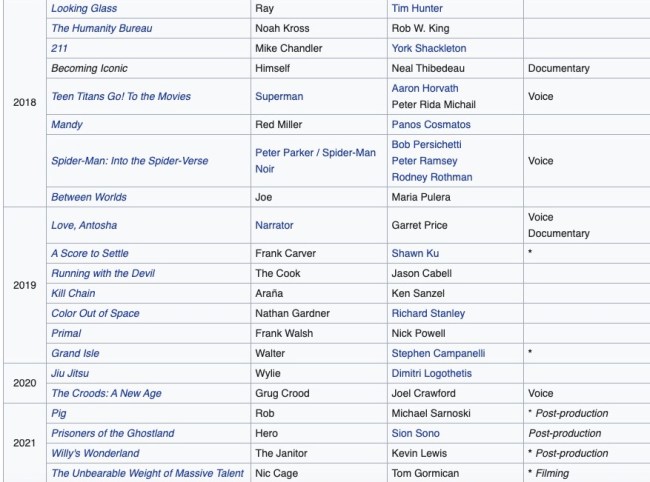 Also on the docket for Cage in 2021, as we learned this morning with the release of this gonzo teaser trailer, is the Netflix comedy series History of Swear Words, which sees Cage, as the series’ host, delve into — you guessed it! — the origins of curse words.

The six-episode series will dive into the origins, pop culture usage, science and cultural impact of swear words, such as “fuck,” “shit,” “bitch,” “dick,” “pussy” and “damn.” In each 20-minute episode, Cage will conduct interviews with historians, entertainers and experts in etymology and pop culture.

The History of Swear Words will hit Netflix on January 5.