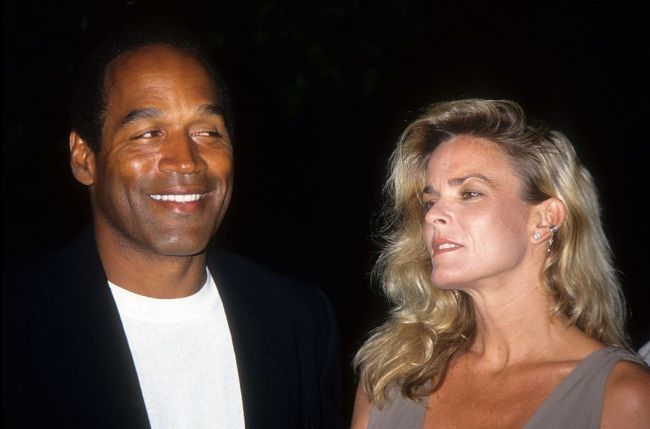 Nicole Brown Simpson’s secret diaries will be made public for the first time ever, and it will reportedly reveal how she was repeatedly physically abused by O.J. Simpson before her murder on June 12, 1994. O.J. & Nicole: An American Tragedy, an upcoming two-hour Investigation Discovery documentary, highlights the alleged pattern of O.J. Simpson tormenting his wife at the time.

Nicole’s private diaries reportedly document approximately 60 incidents of spousal abuse, including beatings. The diaries were found after Nicole’s death in 1994 inside her safe deposit box, along with other photos of her bruised face.

The first entry in the diary was written in 1978, a year after an 18-year-old Nicole Brown Simpson initially met O.J. at The Daisy, a private club in Beverly Hills where she was a waitress. The former NFL player was married at the time but dated Nicole never-the-less, and within months they were reportedly living together.

In the entry, she described him as a “fairytale boyfriend,” but she also wrote about the first time he physically attacked her.

“1st time he beat me up after Louis + Nanie Mary anniversary party. Started on the street corner of NYC 5th Ave at about 9 (pm),” the diary reads. “Threw me on the floor, hit me, kicked me. we went to the hotel where he continued to beat me for hours and I continued crawling for the door.”

Nicole alleged that one time, O.J. beat her up so severely that her sweater and socks were torn off her body, according to the Daily Mail.

“O.J. flipped out into a jealous rage and smashed her car up. On several occasions, O.J. also allegedly threw her against walls, leaving her blackened and bruised,” the news site stated.

In another alleged incident, she claims O.J. screamed, “I have a gun in my hand, get the f*** out of here!” On another occasion, In fact, Nicole claimed he yelled, “Get out my f***ing house you fat a** liar!”

“This documentary is not here to retell the famous trial, but to remember the woman who struggled with domestic violence and now tells her side of the story, in her words, for the first time,” said Henry Schleiff, the president of Investigation Discovery.

Nicole’s sister, Tanya Brown, said in the documentary, “Maybe she knew this was her destiny and maybe subconsciously she knew something was going to happen. Maybe that’s why she kept real detailed diary entries.”

Nicole Brown Simpson was stabbed to death at her home in California on June 12, 1994. Her friend Ron Goldman was also murdered at the crime scene.

O.J. & Nicole: An American Tragedy is set to air on Monday, October 3rd, to coincide with the 25th anniversary of O.J. Simpson being acquitted on two counts of murder.