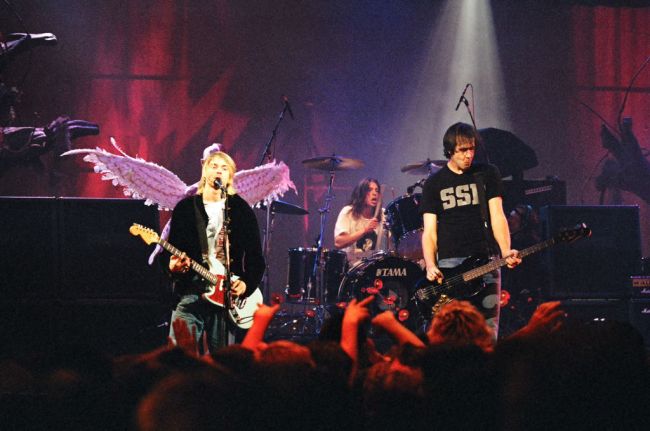 Elden is the 4-month-old baby famously pictured in the swimming pool on Nirvana’s groundbreaking Nevermind album that was released in 1991.

Now, 30 years after the release of Nevermind, Elden is suing the band over the album cover, which he argues is child sexual exploitation. Elden is suing the former members of the grunge-rock band, the estate of Cobain, the record company, and art directors in federal court. Elden claims that the naked image of him as a baby on the cover caused him lifelong suffering by “trafficking” his image worldwide.

Elden alleges that his legal guardians never signed a release “authorizing the use of any images of Spencer or of his likeness.”

Pitchfork reports that Elden is “suing for distribution of private sexually explicit materials, negligence, and what’s described as a ‘sex trafficking venture’ where Elden ‘was forced to engage in commercial sexual acts while under the age of 18 years old.'”

“To ensure the album cover would trigger a visceral sexual response from the viewer, (photographer Kirk) Weddle activated Spencer’s ‘gag reflex’ before throwing him underwater in poses highlighting and emphasizing Spencer’s exposed genitals,” the lawsuit alleges.

“The permanent harm he has proximately suffered includes but is not limited to extreme and permanent emotional distress with physical manifestations, interference with his normal development and educational progress, lifelong loss of income earning capacity, loss of past and future wages, past and future expenses for medical and psychological treatment, loss of enjoyment of life, and other losses to be described and proven at trial of this matter,” the suit reads.

The federal lawsuit reportedly seeks damages of either $150,000 from each of the 17 defendants or unspecified damages to be determined at trial.