Non-Alcoholic Beer Is Starting To Make Sense In America 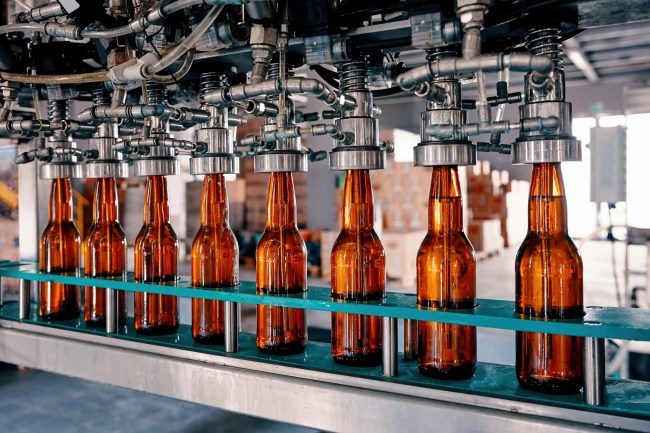 “Being sober on a bus is, like, totally different than being drunk on a bus.” – Ozzy Osbourne

Nowhere is there any mention of sobriety in the quest for the American dream. That’s because sobriety blows. It is the equivalent of being born a few IQ points shy of average, only to be raised by rats in a puddle of dumpster juice out behind a Walmart somewhere in Hicktown, USA. It’s a horrible feeling to wake up every morning, day in and day out, knowing that you’re not going to feel any better before it’s time for bed again. It’s even worse once you realize that you can’t forget anything anymore. Being sober means remembering every gruesome detail of the journey, wherever it is taking you, and never finding so much as a temporary escape from it, no matter how ridiculous it becomes. Sure, waking up without a hangover is a nice change of pace, but the tradeoff is that evenings are boring as hell, your drinking buddies all look at you like you’ve got a terminal disease, and you may even find yourself getting angrier by the day. I only mention it because this has been my experience since I was forced to quit drinking for the next year.

But twelve months is a long damn time to let something get you down. In the immortal words of Charles Darwin, “it is not the strongest species that survives, nor the most intelligent that survives. It is the one that is most adaptable to change.” That’s right – it was time to adapt or die. I had to find a way to make an unsavory situation more tolerable, a way to mow through the rough a little more comfortably, or else I was going to end up a turd on the heel of the judicial system.

And that couldn’t happen!

That’s when I began experimenting with a variety of non-alcoholic beers. By definition, these “near beer” concoctions contain less than 0.5 percent ABV. They look like beer, smell and taste like it, but no matter how hard a person pours it on, they will never lead to intoxication. To a real boozehound, it might seem worthless to consume anything that provides no effect – no chance for questionable decisions, the liver quivers, or a savage hangover — but for a beer-lover strongarmed into total abstinence, these drinks, no matter how much it pains me to say it, can be a lifesaver.

There is no doubt that I have spent the past few years poking fun at the sober curious trend that has been erupting across the United States. It was always mind-boggling that anyone would choose to drink non-alcoholic beer if they weren’t bound to do so by a judge. However, my limited take on sober drinking didn’t account for the fitness-minded, those warriors with absolutely no interest in becoming beer-bellied slobs by the age of thirty-five, and that part of the population who wants to keep their wits about them without abandoning the socializing that goes along with booze. It turns out it is also pretty handy for those of us stuck on probation.

It was interesting to learn that there is now a slew of breweries dedicated to manufacturing non-alcoholic craft brews exclusively for the beer connoisseur who wants or needs to give up alcohol but still needs it. There is more out there than just your alcoholic grandfather’s O’Doul’s, kids. Breweries like Athletic Brewing Company – one of my personal favorites — WellBeing Brewing and Partake Brewing are changing how non-alcoholic beers are made. These companies are creating IPAs, Stouts, and Golden Ales, all intended to give beer drinkers a healthier option to alcohol. They contain fewer calories, the carb count is virtually nonexistent, and they can also be used as recovery drinks. And thank all of those responsible for them too. Because had it not been for the ability to knock back a couple of these beers from time to time, I might have jumped from the window of my apartment building weeks ago. This, of course, would have been more of an embarrassment than a tragic tale considering that I live on the first floor.

But the edge is the edge, damnit!

One night I was drinking a non-alcoholic IPA and listening to music after a long day at work when I noticed something was different. For the first time since I went sober, I felt good again and was actually in a decent mood. The feeling was similar to the one I used to get back when I was drinking with more than a twinge of enthusiasm. Only there was no head change at all. I was still sober, yet somehow not. I thought perhaps there was something psychological tricking my idiot brain into thinking that I was actually partying again.

It turns out there was something to that.

In 2013, researchers at the Indiana University School of Medicine found that the taste of beer alone can trigger neurotransmitters in the brain that releases dopamine. This feel-good chemical is spat out when we eat foods that we crave or have sex, and it makes us feel like everything is right in the world. Apparently, drinking non-alcoholic beer comes with the same benefit.

“The taste of an alcoholic drink alone, without any intoxicating effect from the alcohol, can elicit this dopamine activity in the brain’s reward centers,” said David A. Kareken, Ph.D., professor of neurology at the IU School of Medicine and the deputy director of the Indiana Alcohol Research Center.

It means poor schlubs, like me, who have been dragged kicking and screaming into a period of sobriety, can find some enjoyment in non-alcoholic beer. No, we aren’t going to get buzzed up like the rest of our buddies, but at least we don’t have to sit around being completely miserable. And if you think that no one other than alcoholics and shackled miscreants are actually consuming this stuff, you would be sorely mistaken. The non-alcoholic beer market is presently worth about $18 billion in the United States.

Some analysts predict it will skyrocket to somewhere around $25 billion by the year 2024. A lot of its popularity has to do with the wellness mentality that Americans are all of a sudden suckers for. Still, I have a feeling I will be a significant contributor to this uprising. At least until next Fall, when I can finally brutalize a few brain cells again.