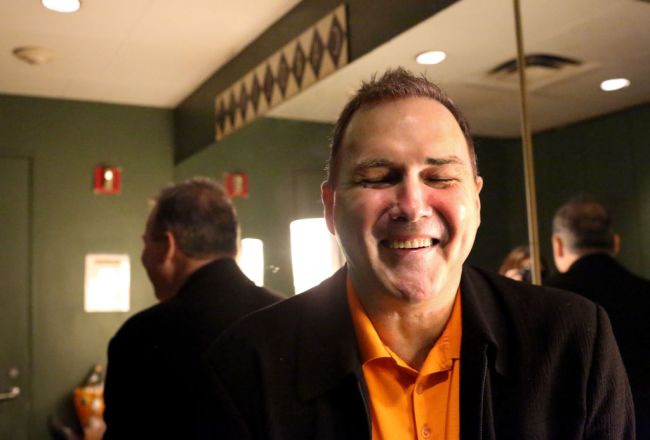 How long can we mourn someone we never knew?

I’m two weeks and six editorials in and I’m worried if I continue down this YouTube rabbit hole, I’ll need a negative COVID test within 72 hours to return home.

Whatever, you’re here because you feel the same, so no need to feel guilty about grieving longer for Norm than your own grandmother. You’re in good company.

Of all the compilations I’ve watched since Norm’s passing, this one seemingly innocuous joke from an episode of Norm MacDonald Live keeps rattling around my head as something more, possibly a nod from beyond the grave.

The show ran for three seasons post-diagnosis (2013-2017) and featured guests from Larry King to Andy Dick.

In the wake of Norm’s passing, everyone—his closest friends included—unknowingly repeated the punchline on every talk show and podcast worth listening to.

Maybe this is a case of inventing a joke post-mortem, but Norm MacDonald is a big fan of long setups and may be the only comedian on the planet who’s brilliantly meta enough to leave us one last golden nugget.

It appears many on the internet choose to believe that as well.

A multi-year secretive setup where everyone else says the punchline after he’s dead. That is the most epic joke I can think of.

Only Norm is thinking of the posthumous punchline while dying.

He made the sad thing people would be saying about him into a punchline. That’s really touching and nice and shows a lot of foresight a maturity facing what he was facing. I hope he had peace in his last days.

Making his fans laugh every time someone says this punchline when memorializing him is Norm’s final troll.

He’s probably rolling in his grave hearing “I didn’t even know he was sick” over 100 times. Rest In Peace

He kept it to himself, so we could have 9 more years of laughs instead of pity. Love you, Norm.

Look at Norm’s face when he delivers his “I didn’t even know he was sick”. That’s pretty brutal after the fact