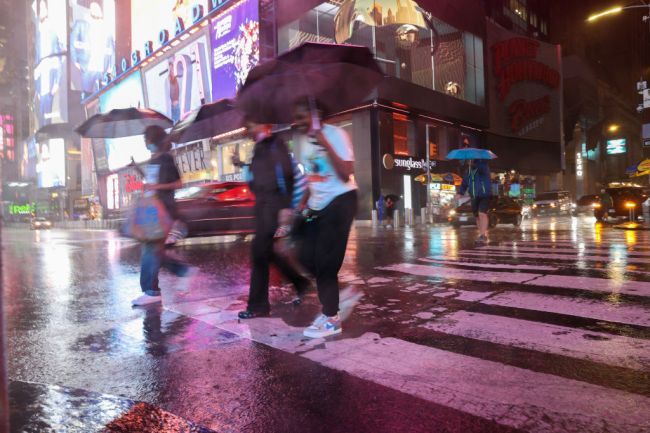 The remnants of Hurricane Ida made their way to the Tri-state area and brought heavy rains that have left NYC and New Jersey seeing a massive amount of flooding.

On Wednesday night NY’s national weather service alert system went on to issue NYC’s first every flash flood warning in history due to the heavy rain.

Things got so bad that even the subway system in NYC had to shut down.

⚠️🇺🇸#URGENT: NYC Subway Service suspended on all lines#NYC
All trains have halted service to all stations effective immediately. Major flooding occurring on all major lines has prompted the suspension of service.
Multiple stations are currently being evacuated. pic.twitter.com/FnFuceQfFg

We are now seeing images of flooding NYC subways and they are straight out of a horror movie.

Subway holding up just as expected and we definitely don’t need an infrastructure bill passed pic.twitter.com/C6VJtGUju5

This looks more like a subway car wash than a subway station. This flooding has to be doing an incredible amount of damage to the NYC subway system. pic.twitter.com/bgtMbjiHvM

Water gushed into a Manhattan subway station as commuters waited for a train as rain from Ida pounded the tri-state.

Some subway stations in NYC now double as water parks!pic.twitter.com/ZXOhP7Tjtz