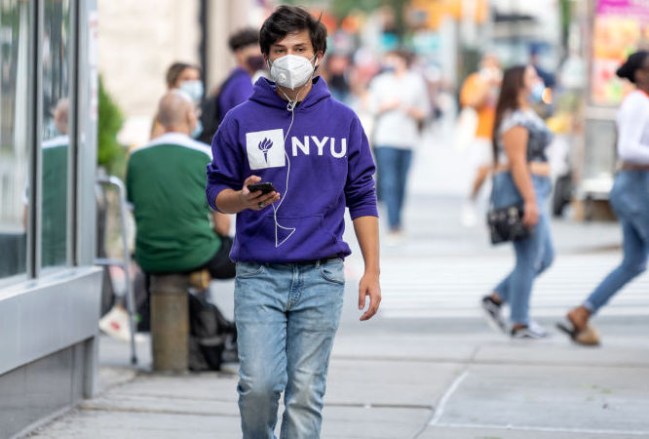 I’d argue the internet officially peaked on February 26, 2015, a day that saw the online world come to a virtual standstill when a couple of llamas in Sun City, Arizona escaped from a trailer and proceeded to lead authorities on a chase that was almost as riveting as the pursuit of O.J. Simpson. However, what was already a significant day in internet history reached Legendary Status just hours after the fugitives were lassoed when an ambiguously colored dress popped up on Twitter and proceeded to tear social media apart.

I’ve been scouring the world wide web to bring people the content they crave for over a decade and days like those are few and far between. However, every now and then, something happens that manages to break the internet in the same way Kim Kardashian had done a few months prior to that momentous date that I’ll never forget.

On April 27, 2016, Twitter and Instagram were flooded as hard as the waterlogged tents that greeted Fyre Festival attendees after they began to document the absolute shitshow they were greeted with upon their arrival in the Bahamas. I almost overdosed on the massive hits of schadenfreude that the pictures and videos of the disastrous gathering provided me with—none of which provided a bigger fix than a photo of one of the sandwiches provided to the people who were promised food whipped up by a luxury caterer and received the polar opposite.

You can almost taste the sadness.

It’s hard to think of a more underwhelming meal than that, but according to The New York Times, it appears NYU is giving Billy McFarland and the gang a run for their money based on the food it’s been sending to the dorms of students who’ve been forced to quarantine for 14 days after arriving for the fall semester.

While the school has been providing meals, it’s safe to say the offerings leave more than a bit to be desired based on the videos students are sharing of what’s shown up to their door—including one girl whose dinner consisted of graham crackers, a bag of chips, a granola bar, and… an entire lemon?

the food they’re delivering to quarantined nyu students is highly reminiscent of fyre fest. as an nyu alum i cannot tell you how unsurprising this is but also its so fucking funny pic.twitter.com/CWxsKfIvgR

In the 18th century, the Royal Navy began to provide British sailors with lemons and other citrus fruits in order to ward off scurvy, so while I can understand the rationale behind this move, I feel like there are other delivery vehicles that would’ve made a bit more sense (like lemonade, which is still as popular as it was when Guru sang its praises almost 30 years ago).

Students with dietary restrictions have also run into some issues, as one person opened up what was supposed to be a vegan lunch only to discover a steak salad while another with a gluten allergy was presented with a chicken sandwich.

I can’t make this up #nyu #vegan #quarantine #fyp

However, all of these people are lucky compared to the ones who told Buzzfeed News they’ve had to wait until as late as 6 P.M. for their first meal of the day to show up. NYU isn’t charging the students who pay over $74,000 a year to attend for the grub but some of them have begun to understandably turn to donations and opted to have food delivered to avoid having to subject themselves to it.

Based on how things have been going on other campuses, at least these students can take solace in knowing it probably won’t be long until they’re able to treat themselves to a nice homecooked dinner after getting sent home when in-person classes get canceled a few weeks into the semester.